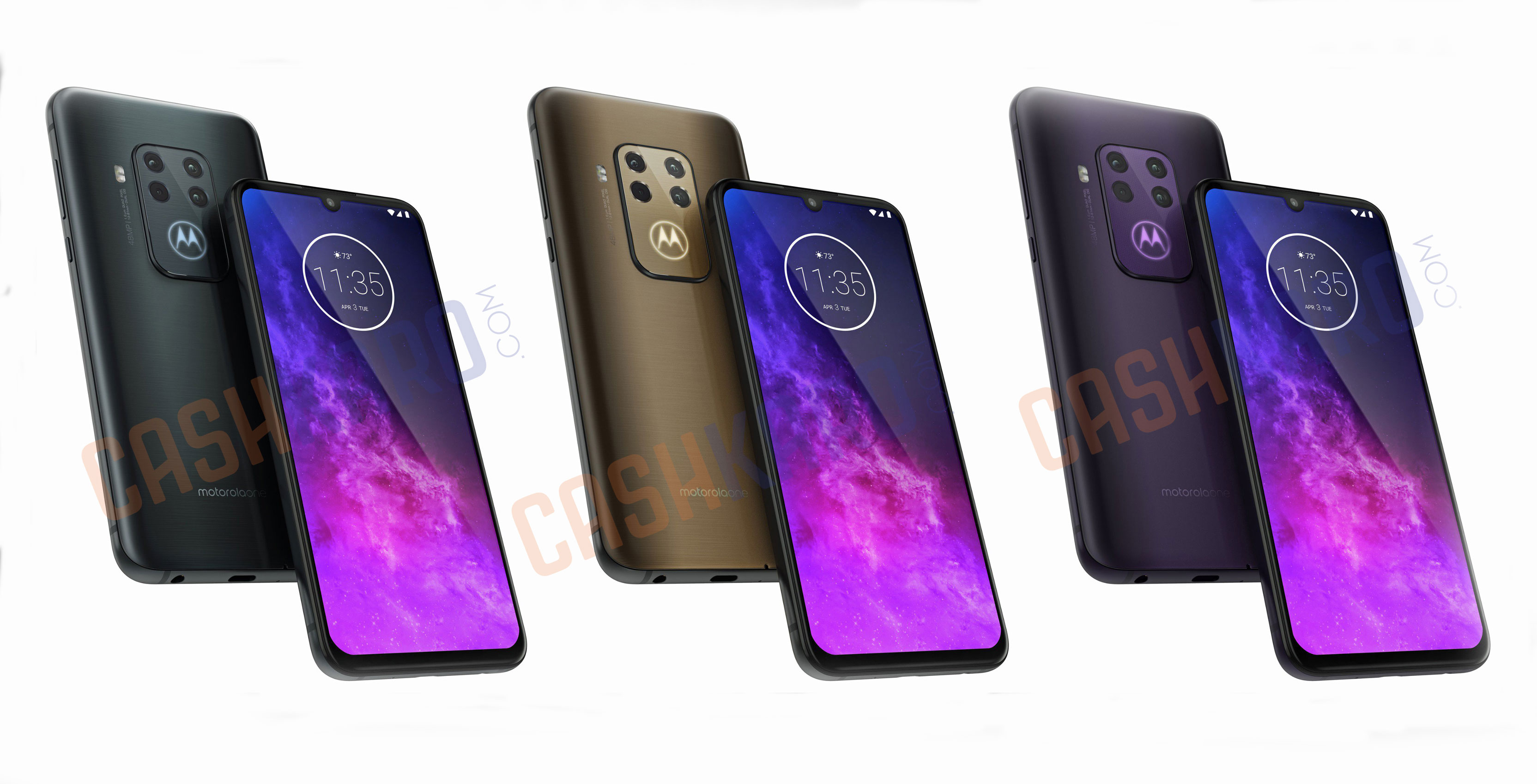 Following an April leak that brought us a few CAD renders, leaked press renders of the upcoming Motorola One Pro have now popped up on the internet.

Unlike the announced Motorola One Vision that has a hole-punch 21:9 LCD display, Motorola instead crammed a teardrop notch onto One Pro’s alleged 6.2-inch screen. We don’t know if it’s an LCD display or an arguably better AMOLED panel.

The Motorola One Pro has a quad camera setup that more or less resembles the camera module design on the Huawei Mate 20 Pro.

Possibly distancing itself from the dual camera One Vision, the One Pro’s camera module may house a wide angle primary camera, a telephoto camera, and an ultrawide shooter to cover all bases. The fourth camera could be a depth sensor for bokeh effects.

There is no fingerprint scanner on the back, suggesting that it has an in-display alternative or a power button that doubles as a scanner, though in this case, it seems unlikely.

Cameras and biometrics aside, it seems that the One Pro may have a 3.5mm headphone jack and what looks like a typical USB C port. Unfortunately, there is no word on its hardware specifications or launch date.

It’s unlikely Motorola will release the phone in Canada given the One series has never made its way here before.