In addition to structured levels, the game features a sandbox environment that lets players freely experiment with coding. Overall, the game is rather unique in the gaming industry for its focus on education rather than pure entertainment.

However, as a developer, this different type of gaming experience presented another way to be creative, while also making something educational.

“One of the things I love about my job is the possibility to have a lot of variety on my projects. I’ve worked on platformers, fighting games, action-adventure, shooters and VR games to name a few,” said Rabbids Coding game director Oliver Palmieri. “But I also was a trainer on an internal program called the Ubisoft Design Academy, for 700-plus employees around the world. So, I always had an interest for educational programs, and an interest to extend it to new audiences.”

According to Ubisoft Montreal game developer Anthony Kozak, Rabbids Coding was conceived during discussions between Ubisoft Canada and Ubisoft’s corporate social responsibility (CSR) teams to create an educational experience using company IP. Some of the ideas thrown around included a new experience for Montreal’s Ubisoft World family amusement centre and code learning events for kids, but eventually, the teams settled on Rabbids Coding. 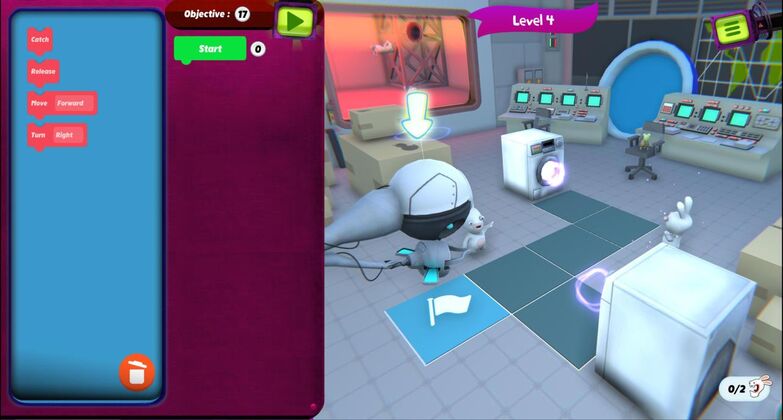 In the end, though, the actual team consisted of a small number of developers, with Kozak overseeing conception, development and specific teaching content. Throughout the making of the game, Kozak says the team was careful to ensure that the game remained accessible yet entertaining.

“It has been shown that learning through a more interactive and engaging medium, such as video games, can be very effective, because kids are more focused and directly engaged in what they are studying,” he says. “Rabbids Coding was designed to be used both in the classroom and at home, it’s a really versatile and amazing learning tool. There’s no doubt why many teaching platforms are now gamifying their user experience.”

Rabbids Coding is just the latest in a growing line of educational experiences from Ubisoft, however. Both 2017’s Assassin’s Creed Origins and 2018’s Assassin’s Creed Odyssey feature museum-like ‘Discovery Tours’ that teach players about the games’ respective Egyptian and Greek settings in a combat-free setting. Further, Ubisoft also recently partnered with Montreal’s Concordia University to launch an interactive game design course for post-secondary students around the world. 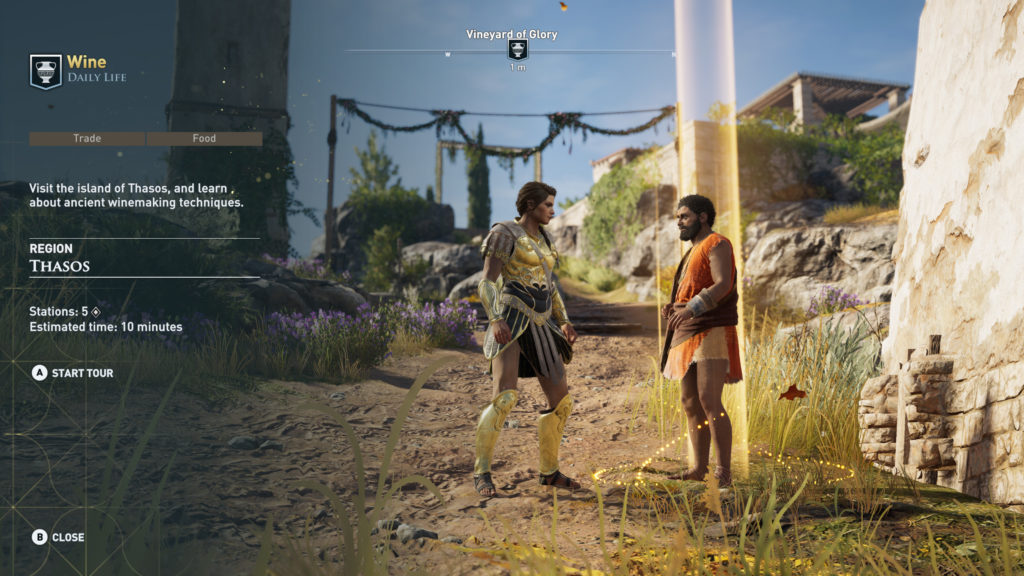 Palmieri says this is an area that Ubisoft will continue to focus on. “It’s important to us that our games enrich players lives,” he says. “Various other initiatives towards education exist within Ubisoft, like the Discovery Tour series, or the Game Creators’ Odyssey — I believe that similar initiatives will continue to be developed.”

Looking forward, Palmieri says advancements in technology will only help in this regard.

“Video games continue to evolve year after year, and I believe the upcoming technologies, such as cloud streaming, AR and VR will help video games become even better educational tools in the future,” he says. “Improvements in computing power will allow more realistic visuals to portrait historical worlds, and AI will allow more social connections between players and game characters.”

“VR is one of the tools that will likely become more commonplace in the coming years for teaching,” adds Kozak. “The content can be really immersive, engaging, and ‘on demand.’ Machine learning will probably also help students have really adapted content, helping players progress using a really customized experience. The future of learning is very exciting!”

Rabbids Coding can be played here by creating a free Uplay account.