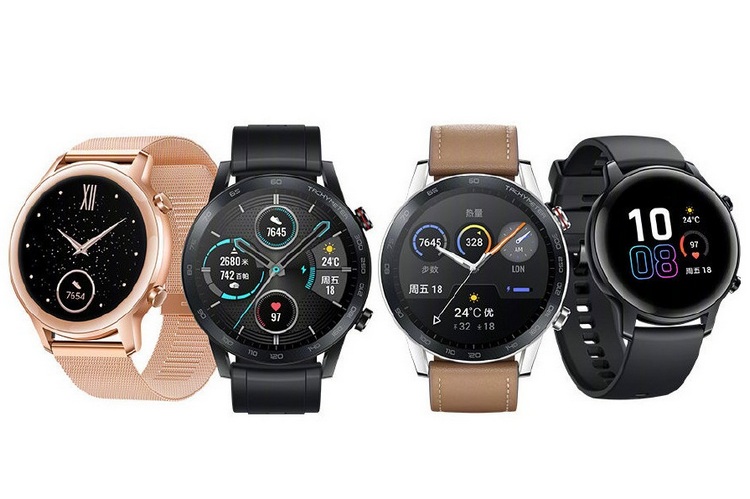 At its Honor V30 launch event earlier today, Huawei’s Honor sub-brand unveiled a new mid-range smartwatch in China. Called the Honor MagicWatch 2, the device is an upgrade over the first-gen Honor Watch Magic (yes, with a slightly changed name) that was launched earlier this year by the Chinese tech giant.

Nothing else matters when #InnovationMadePersonal, #HONORMagicWatch2 made its debut along with #HONORView30 today with 14-day battery life while looking good in it! RT if you’re a fan of Sakura Gold! pic.twitter.com/c5bq8zOdCY

The Honor MagicWatch 2 is being offered in two sizes, both with circular AMOLED touch-enabled displays. While the smaller one comes with a 1.2-inch (390 x 390) panel, the larger one has a 1.39-inch (454 x 454) screen. The rest of the tech specs remain identical, including a Kirin A1 chip, 2GB built-in storage, and 5ATM water-resistance. The device also comes with an integrated microphone and speaker for voice calling via Bluetooth.

Sensors include an accelerometer, a gyroscope, a geomagnetic sensor, an optical heart rate sensor, an ambient light sensor, an air pressure sensor, and a capacitive sensor. Connectivity options include GPS, GLONASS, NFC and Bluetooth 5.1. The phone sports a 455mAh battery that the company claims will offer up to 14 days of usage on a single charge.

Tips on How to Become a Recognizable Graphic Designer