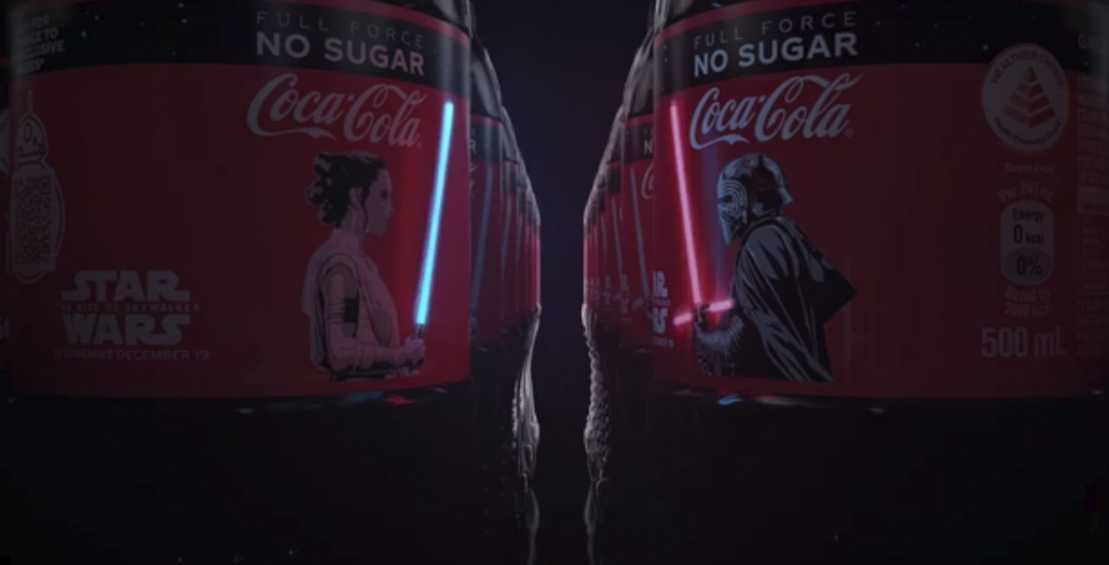 Coca-Cola Singapore launched new small flexible OLED displays, but you can only find them on bottles of Coke. Coca-Cola wrapped its bottles with a thin flexible OLED panel, with a battery and other electronics, allowing both Rey’s and Kylo Ren’s lightsabers to glow.

These bottles of Coke are marketing for Star Wars: The Rise of Skywalker, as the upcoming film launches on December 19th. It’s important to note the battery life of the OLED is only about 40 minutes, which lets customers light their lightsaber about 500 times if they only keep it illuminated for less than five seconds.

These special edition bottles are only available in Singapore, and people who live there may find it difficult to get their hands on them. Coca-Cola is only distributing 8,000 bottles in total and is bringing them to 45 secret locations throughout the country.

Flexible OLEDs are very expensive, but keeping it this minimal, and to such a small number of units as a way to advertise for an upcoming movie, is probably the cheapest way to use the OLEDs and get them into the hands of customers.