Realme has just launched its brand new Android 10 based Realme UI which is also based on ColorOS 7, and it comes with some really cool features. The update has started rolling out on Realme XT and Realme 3 Pro, and will soon be rolled out on other Realme phones as well. So, if you have just received the update, or if you are waiting for it and wondering what to expect, here are 12 cool Realme UI features that you should know:

Realme phones first got the Dark Mode with Color OS 6.1, but back then, the feature was in beta and was available through Realme Labs. With Realme UI, the company has finally moved the feature out of beta and it’s now available in the Display settings for the phone.

Along with that, there are a few added options here as well. For one, you can now set the Dark Mode to automatically work from sunset to sunrise, and if that’s not to your liking, you can schedule dark mode to turn on during a specific time interval as well. 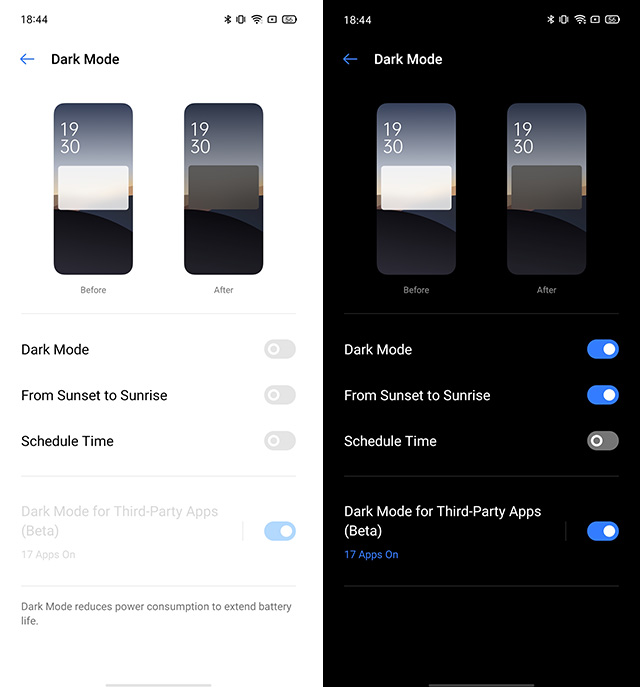 There’s also an option to force dark mode for third party apps (which was available back when the feature was in beta as well) that can even enable dark mode in WhatsApp which is pretty awesome.

Realme UI also adds a bunch of useful features to screenshots on your phone. The three finger gesture to take screenshot now also supports partial screenshots so you can just take a picture of a part of the screen instead of having to take a full screenshot and then cropping it.

To do this, you can simply tap and hold three fingers on the screen after which you will see a selection box appear. Simply drag this selection box over the area of the screen you want to capture and that’s it.

Realme UI also adds a bunch of other features to screenshots. You can now turn off the screenshot sounds by heading over to “Sound & Vibration” in Settings. Moreover, once you take a screenshot, you can drag the floating screenshot window that appears up or down to take a long screenshot or share the screenshot respectively. That’s pretty handy in my opinion, and it’s also quite fun to use.

If you often record your phone’s screen to share stuff with your friends (I usually am recording Bitmoji Stories to share the funny ones with my friends), or if you like recording your PUBG Mobile or Call of Duty: Mobile gameplay on your phone, you’ll be glad to know that Realme UI also brings the ability to screen record with internal audio.

To enable this, you can simply long press on the Screen Recording tile in the Quick Settings shade, and turn on the “Record System Sound” toggle to enable internal audio recording.

There’s also a feature to pause screen recording now, so you don’t have to stop your screen record if you need to take a quick detour and check your messages or take a call. You can simply pause the screen recording and resume it once you’re done. Easy peasy.

While One Handed Mode has been present for a while even in ColorOS 6, it’s not very easily accessible. You first had to drag the tile into the quick settings pane, and then tap on it to enter one-handed mode.

Now, however, you can enable one-handed mode with just a simple gesture. You can just head into Convenience Tools in Settings, tap on ‘Navigation Buttons’, and then enable the toggle next to ‘Pull Down to Enter One-Handed Mode.’

Now, you can simply swipe down on the navigation bar at the bottom of the screen to go into one-handed mode.

One of the hottest topics over the last year has been protection of user-privacy and personal information. To that end, Realme UI brings one of the best ColorOS 7 features to Realme smartphones — Personal Information Protection.

With this feature enabled, whenever a third party app requests for personal information like your call logs, contacts, or messages, Realme UI will essentially feed it a blank page instead making sure that the app works as expected, but without getting access to your information. 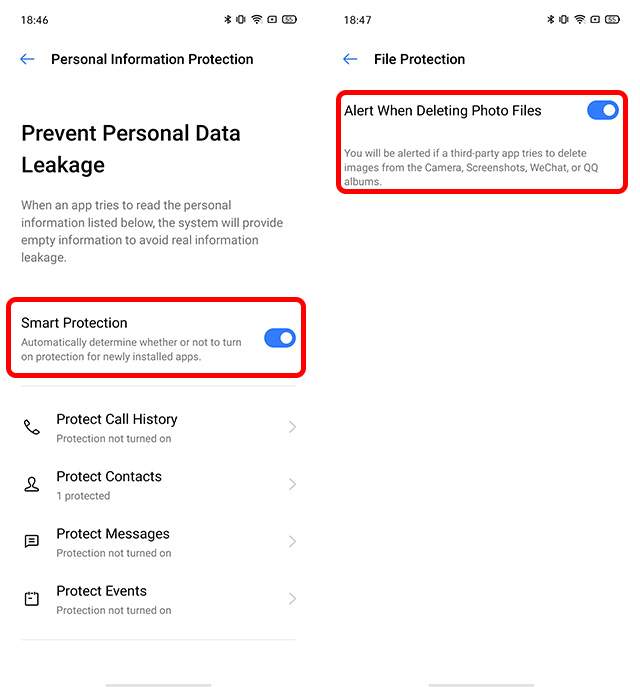 This will be very useful for apps that ask for intrusive permissions for no discernible reason whatsoever. So the next time Truecaller asks for your contacts, just use Realme’s Personal Information Protection and ensure that your contact list doesn’t get sent over to Truecaller’s servers.

Along with that, Realme UI also brings a new File Protection feature that is meant to protect your files (such as images) from being deleted by a malicious app. With this feature enabled, your phone will warn you if an app is trying to delete images from your folders.

One of my biggest peeves with ColorOS is that swiping down on the home screen brings up the stupid Global Search feature that I never use. However, with Realme UI, you can now change the behaviour of that swipe down gesture to bring down the notification shade instead. This way, you can easily access your notifications without having to reach all the way over to the status bar with your thumb.

Realme UI also has this great feature that allows you to quickly lock your phone with just a double tap on the home-screen. This is something I used a lot on my old Android smartphone, and I think every phone should have this option. It’s just easier than having to use the power button every time, or waiting for the screen timeout to lock your phone.

With the feature enabled, you can just double-tap on any empty space on your home screen to lock the phone. It’s easy to do, and it works instantly, which is great.

Android users have long been asking for an AirDrop alternative on their smartphones, and recently Realme, Oppo, Xiaomi, and Vivo announced that they had created an alliance to create exactly such a feature. With Realme UI, the Realme Share feature now lets you share files, documents, images, music etc with other phones that support this new sharing system. This does make sharing files between smartphones a lot more easy.

Have you ever been in a situation where you’re listening to a song on your earphones and someone else also wants to hear it? Normally you’d give them one of your earbuds, but Realme UI brings a new feature called Dual Mode Music Share. With this feature, you can connect a pair of Bluetooth earphones and wired earphones with your phone, and play music on both of them at the same time.

What’s more, you can even make a call and keep the call working on one pair of earphones while your music plays on the other pair of earphones. It’s pretty handy, and definitely a feature that I would like to use. The feature is currently available in Realme Labs, but I’m hoping it comes out of beta soon.

Realme UI also brings a bunch of improvements to the UI for the default camera app on Realme phones. Chief among the good changes here include the fact that the option to use the ultra-wide lens in the Realme XT has now moved to a more approachable location from the earlier location at the very top of the UI. 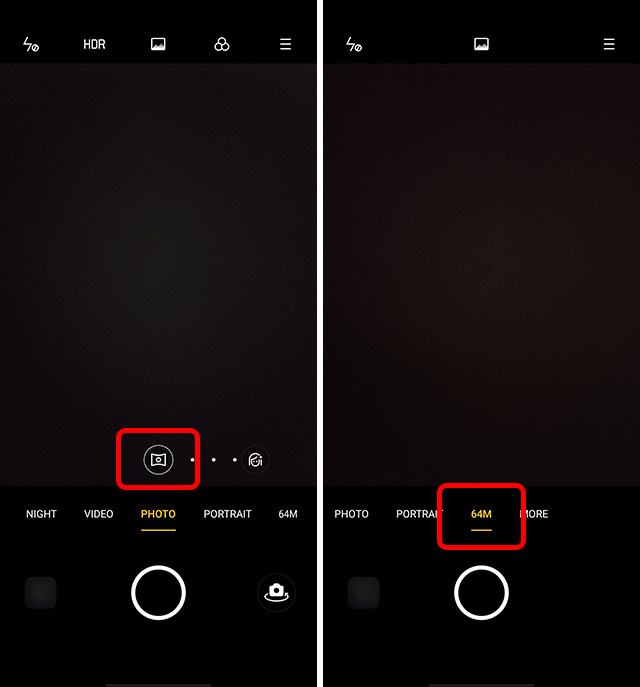 Along with that, if you want to use the 64MP option (or 48MP in other phones) on the Realme XT, you can now find that in the carousel of camera options right at your fingertips as well. Earlier, the option was hidden inside an overflow menu, which was okay, but this new UI just makes it a lot more visible and easier to access.

Realme UI also brings a new Focus Mode to Realme smartphones. This is similar to the Zen Mode that OnePlus recently added to its phones, and is meant to ensure that you can focus on the tasks at hand without being distracted by your phone. Once you enable Focus Mode from the Quick Settings panel in Realme UI, you will not get any notifications on your phone, and the system will limit your usage of apps as well.

You can adjust the amount of time you want Focus Mode to be on for, and you can even have your phone play ambient sounds to make it easier for you to focus on your work.

However, unlike Zen Mode on OnePlus phones, Realme UI allows you to exit Focus Mode whenever you like, or Pause it if you want to take a quick break from your work. I like the flexibility here, but I’m not sure of how effective this will be since it allows users to essentially get around the Focus Mode lock very easily.

Lastly, Realme UI finally brings icon customisation to Realme smartphones. You can choose one of the three styles including the “Default” style, or go with “Material Style” icons or “Pebble” style icons.

Alternatively, you can enable the “Custom” icons in Realme UI which gives you the ability to change the background size, and the icon size of the icons, and make the corners more rounded if you want.

Other Changes in Realme UI

There’s a new process manager in Additional Settings that shows you all the running processes, including system processes. This makes it easier to end a process that you don’t want running in the background, or simply freeze it. 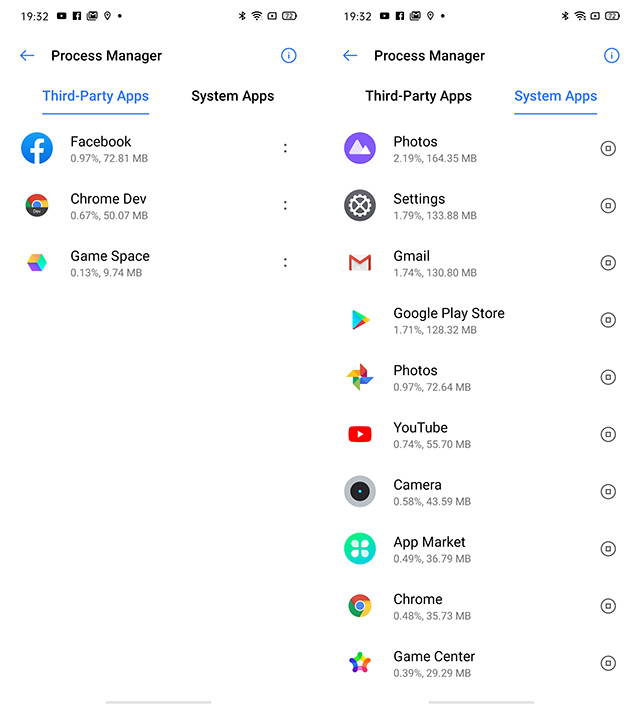 If you like live wallpapers, this new Realme UI feature will also pique your interest. In the new update, there are now dynamic wallpapers that change according to the time of the day. You can even preview these wallpapers with a long press if you like, before setting them as your phone’s wallpaper. 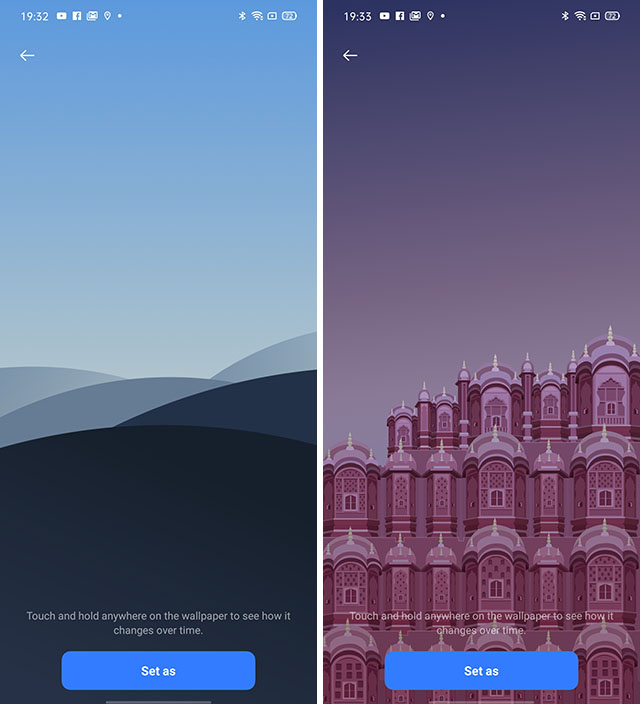 Realme UI also brings a new Riding Mode aimed at bikers alongside the pre-existing Smart Driving Mode in Realme phones. With this mode, the phone mutes all alerts except for incoming calls so you don’t get distracted while riding a bike, and even when you do get a call, the phone uses a different UI which makes it easier to answer calls without taking your attention off the road.

Realme UI also has some visual changes to the Sidebar. The sidebar now looks more aesthetically pleasing, plus the company has added split-screen support to more apps so you can multi-task more than ever before.

Use These Cool Realme UI Features on Your Smartphone

So those were the new Realme UI features that we found while using the new update on our Realme XT. So far, I kind of like the new update. It simplifies a lot of things that I didn’t necessarily like about Color OS, and makes the UI a lot better to use, while bringing in new features that make the experience a lot better. We’ll be digging into Realme UI in a lot more detail over the coming days, and we’ll update this article with any new features we spot in the update, so keep an eye out. Also, if you think we missed out on a great new feature, let us know in the comments below, and we’ll definitely take a look at it.