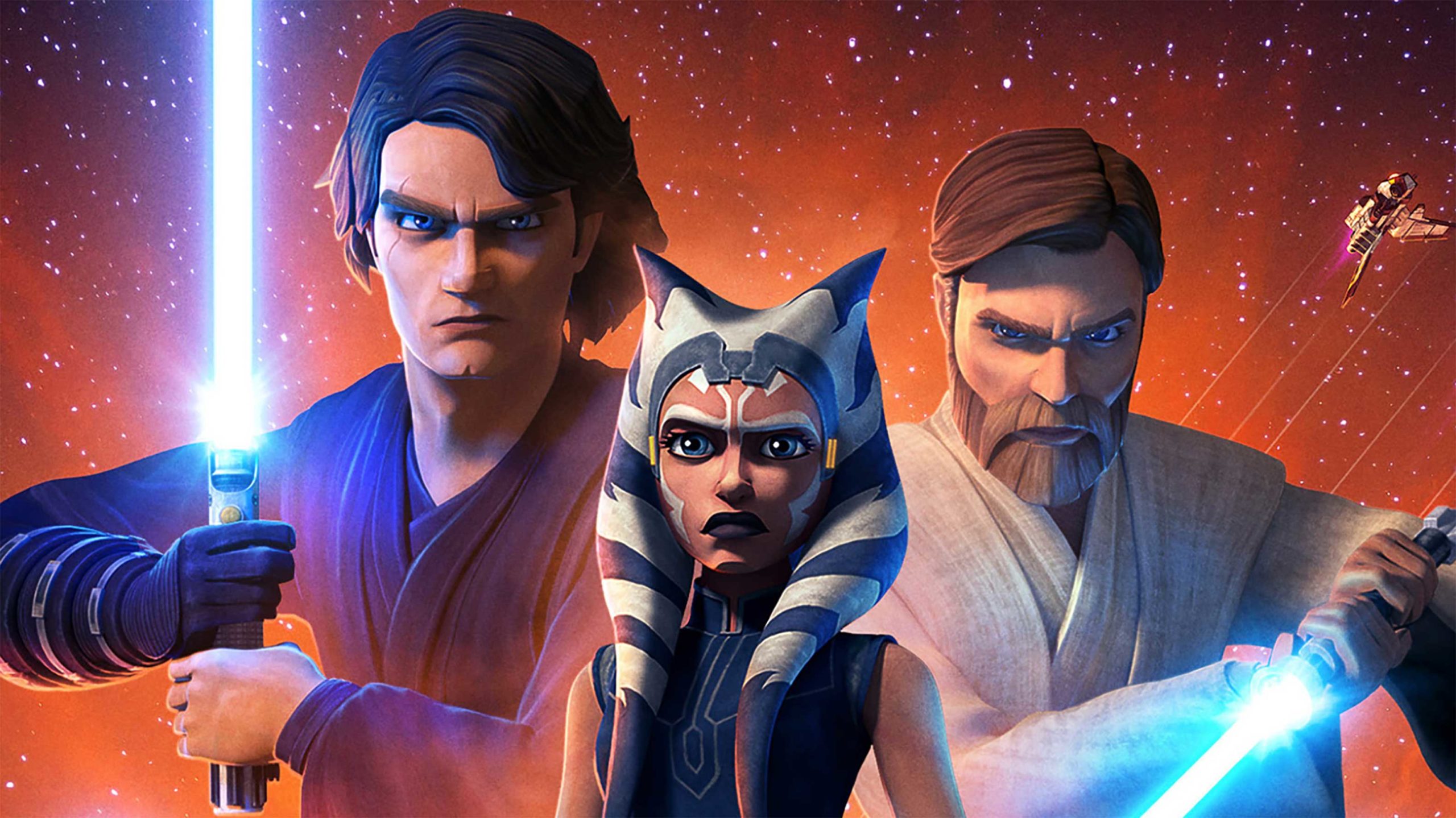 Lucasfilm has confirmed that the seventh and final season of Star Wars: The Clone Wars will premiere exclusively on Disney+ on February 21st.

The release date was revealed in the first full-length trailer for the new season.

It’s worth noting that an official Disney+ promotional video from the start of the month had indicated that Season 7 would arrive on February 17th.

The Clone Wars is an animated series that focuses on the galactic conflict of the same name that takes place between Attack of the Clones and Revenge of the Sith. While The Clone Wars prominently features Obi-Wan and Anakin, the series also highlights other new and returning Star Wars characters, including Anakin’s Padawan Ahsoka, Clone Captain Rex, Yoda and more.

The 12-episode final season will feature three story arcs, including, most notably, the return of Darth Maul.

The Clone Wars is one of several Disney+ original Star Wars series. Live-action bounty hunter series The Mandalorian — for which Clone Wars creator Dave Filoni has directed a few episodes — premiered last year, with a second season set to debut this fall.

Additionally, live-action series starring Diego Luna’s Cassian Andor from Rogue One and Ewan McGregor’s Obi-Wan from the prequels are in the works. Jar Jar Binks actor Ahmed Best will also host a Star Wars-themed children’s game show that will air exclusively on Disney+. No release dates have been confirmed for any of these series.

In the meantime, all prior seasons of Clone Wars — as well as follow-up series Rebels — are available for streaming on Disney+.