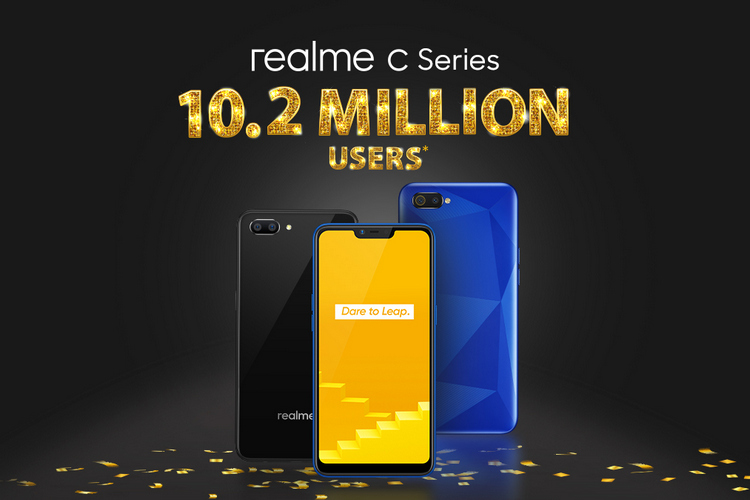 Following a tough few months that saw it lose more than 50 percent of its market-share in India because of its failure to significantly expand its offline operations, Chinese smartphone brand, Realme, is now looking to strengthen its portfolio with a new entry-level smartphone that it hopes will attract buyers with a value-for-money proposition. In a teaser posted on Twitter earlier today, Realme CEO, Madhav Sheth, announced that the company will unveil a new C-series smartphone in the country on Thursday, January 30.

According to Sheth, the Realme C-series “has been highly successful in disrupting the entry level segment”, which is why a lot depends on the upcoming launch, expected to be the Realme C3. While Sheth didn’t reveal anything about the new device, including its design, specs, or features, the official marketing image suggests that it will have a single-camera setup at the back and a rather sizeable notch upfront to house the selfie-cam. There’s also no visible fingerprint scanner on the device, which means it may not have any hardware-based biometric sensor at all.

With 10.2 million users globally & more than 7.5 Lakh users rating 5/5 on Flipkart, the #realmeCSeries has been highly successful in disrupting the entry level segment.

Will be bringing more to this series tomorrow.
RT & reply to guess. pic.twitter.com/ZmFuGf9suJ

While the exact tech specs of the Realme C3 remain a mystery for now, the device is believed to have been spotted last month on the website of Singapore’s media and telecom regulator, IMDA, sporting the model number RMX1941. A device by the name of Realme C3s (model number RMX2020) has also been spotted on the websites of the US communications regulator, FCC, and the Thai telecom regulator, NBTC, but in the absence of further information, it isn’t immediately clear as to how it differs from the standard Realme C3. Either way, given that the announcement is just about 24 hours away, we shouldn’t have to wait too long to get all the details.