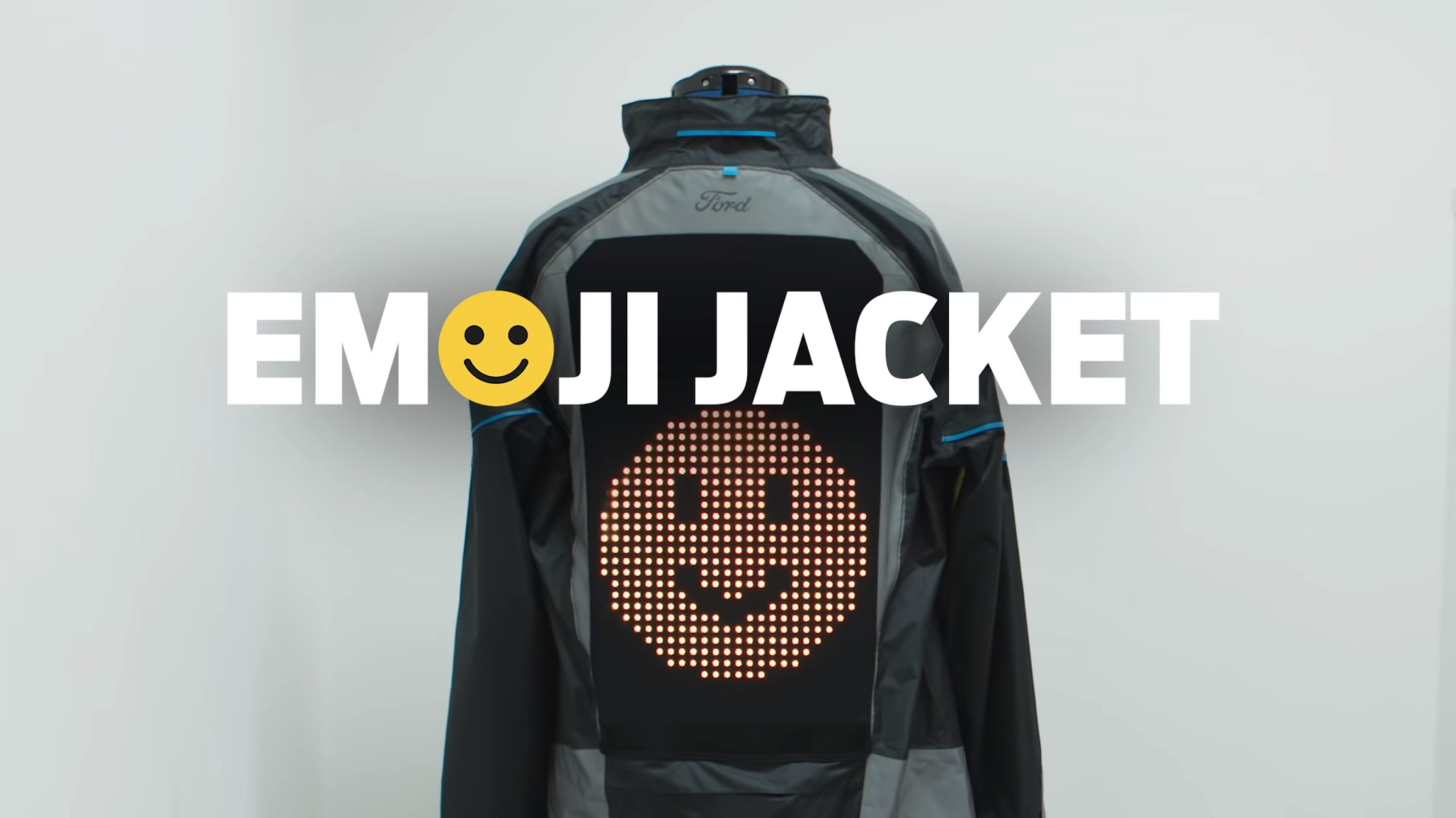 If you’ve ever biked in Toronto, you know that cycling in urban environments can be harrowing.

Part of the problem is the lack of communication between cyclists and motorists. As such, Ford’s European division came up with a unique idea: the emoji jacket. It’s essentially just a jacket but with a series of LEDs on the back that can light up and form symbols.

Cyclists wearing the jacket can use a remote attached to the handlebars of their bike to display various symbols to communicate with drivers. While it works with emoji — smiley faces for happy cyclists and frowny faces for upset bikers — there’s much more to the jacket. It can also display turn signals and a hazard symbol if a cyclist needs to slow down suddenly.

In a video showing off the prototype jacket, linguist Neil Cohn points out that people can process and understand symbols and words in under half a second. Because of that speed, being able to display a large symbol on your back for drivers to respond to could be a great way of avoiding accidents and making city cycling safer.

Unfortunately, as brilliant of an idea as it is, it’s not clear if Ford ever plans to bring it to market. For now, it remains a prototype, albeit a cool one.

Source: Ford Via: The Verge