OnePlus Phones Are Now Getting the Google Assistant “Ambient Mode” 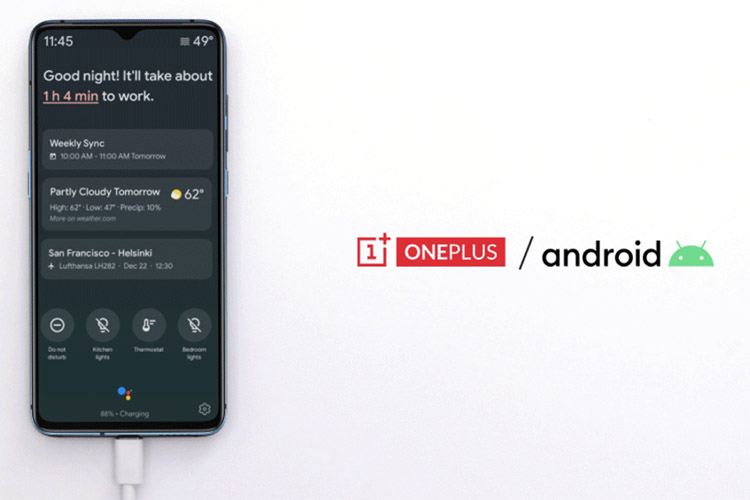 Last year, Google announced a new Assistant feature called “Ambient Mode” which turns your phone into a sort-of smart screen while it’s charging. It displays important information on the smartphone’s ambient display, making better use of your smartphone’s screen while it’s being charged. The feature soon started rolling out to more Android smartphones in November last year, and now, OnePlus has announced that it’s coming to OnePlus smartphones as well.

According to a post on the OnePlus forums, the feature is rolling out now and will be available on the OnePlus 3 and above. That’s a lot of supported smartphones, so good job OnePlus.

With Ambient Mode, you get a proactive version of the Assistant on your phone screen, which shows important information based on context, location, and time among possibly other factors. For example, if you set your phone to charge at night, the Ambient Mode might display the weather for the next day, along with any events or reminders scheduled so you can get a head start on your day with ease.

It can also turn your phone into a digital photo frame, or an interface with which you can control your smart home.

Enabling the feature is easy, you can simply connect your phone to the charger, tap on the notification that pops up, and set up Ambient Mode on your phone.

OnePlus mentions that the feature is rolling out in a phased manner, and might take up to a week to be available on all supported OnePlus smartphones, so if you haven’t received it yet, you should get it really soon.