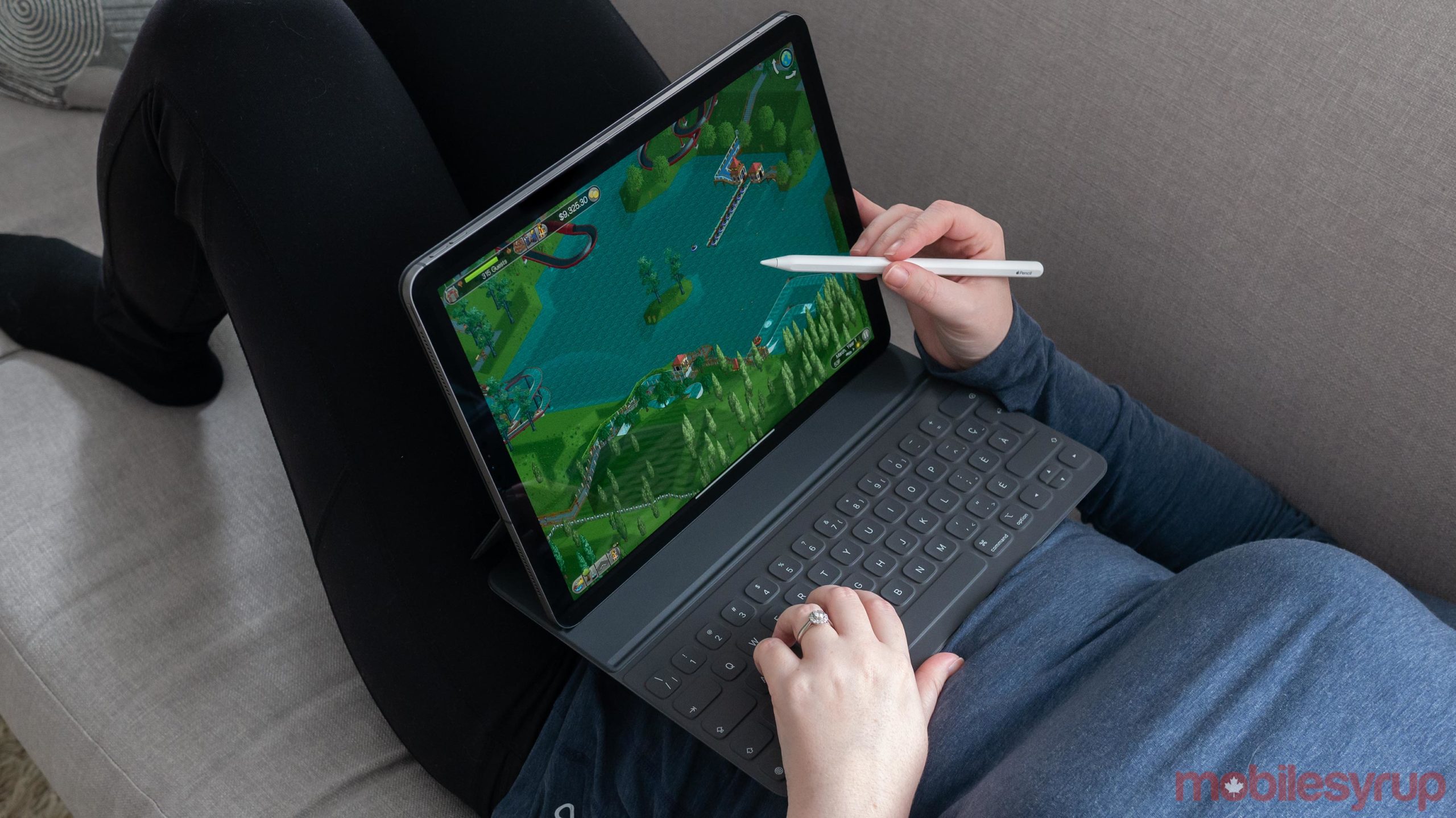 There’s a possibility Apple could have plans to release a new iPad Pro keyboard with a built-in trackpad later this year, according to a report from The Information. Given Apple is expected to drop a new iPad Pro in the next few months, it makes sense that this keyboard would launch alongside the tech giant’s new high-end tablet.

iPadOS already features mouse support as an accessibility feature that’s part of the iPad’s AssistitiveTouch technology, so there’s a possibility Apple could have plans to build out this functionality. Bringing a trackpad to iPadOS would be another step towards bridging the gap between Apple’s macOS operating system and the software that powers its line of tablets.

If there’s truth to this rumour, this would mark a significant shift for Apple. For years, the company has marketed the iPad and its Mac line as two very distinct devices.

This could be a sign that Apple has plans to blend the two operating systems more cohesively. Maybe we’ll even see a touchscreen Mac in the future, though this isn’t something I’m personally interested in — I never use Windows devices that feature a touchscreen.

On the other hand, forcing app developers to create apps for two input methods, as well as updating current apps to work with a cursor, will likely be a difficult task. However, there’s a possibility Apple could limit trackpad support to specific apps.

It’s worth noting that Brydge, a third-party accessory maker, sells an iPad keyboard called the Brydge+ that features a built-in trackpad. That said, the keyboard’s functionality is limited to accessing App Exposé with a three-finger tap, jumping back to the home screen with a single tap to the bottom left, or launching the dock with a two-finger swipe.

During Apple’s recent annual shareholder meeting, Apple software chief Craig Federighi alluded to the fact that the company has big plans for the iPad by saying, “If you like what you’ve seen us do with iPadOS, stay tuned, we’re going to keep working on it.”

Source: The Information Via: The Verge