Make Yourself Disappear on Camera Using this Browser Program 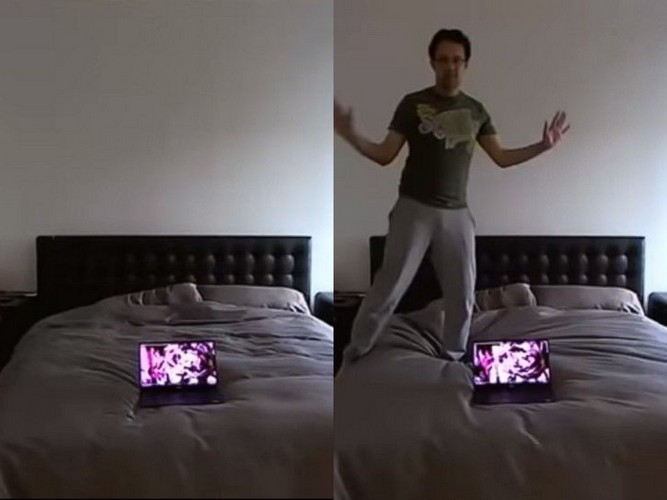 The act of disappearing in thin air is the work of magicians and not us, muggles. However, with technology by our side, anything is possible, right? So, by using this program and the webcam of a laptop, anyone can pull a vanishing act, live on camera!

Created by Jason Mayes, a Google web engineer, the “Disappearing People” is a program that uses machine learning to make you disappear from a scene. It utilises Google’s open-source program, TensorFlow, that is used for machine learning and neural network applications. The program essentially works by capturing the background of a scene and copying it in its memory. Then the program scans the copy of the scene for any human figure or features. If it finds any human figure, the program puts a chunk of the empty room footage that it captured before, to make the human “disappear” from the scene. Then it displays the footage without the human in the scene back in the browser.

The web engineer wrote the following on his Github, “This code attempts to learn over time the makeup of the background of a video such that I can attempt to remove any humans from the scene,”.

When I used the program to make myself disappear, it felt a little clunky. As the program tried to make me disappear from the scene, I still could see a faint line of my image while I moved back and forth. However, the fact that it all happens in real-time is quite impressive. Check out the program and make yourself disappear! Well, kind of.