What is NavIC and How It Is Better than GPS

While India is certainly late to the development of an indigenous satellite navigation system, it’s still a huge advancement as only a handful of countries have made to the elite club so far. In case you are unaware, India has announced its autonomous satellite navigation system for public use after 7 years of rigorous development, testing, and evaluation. Starting this year, you can have commercial smartphones, fitness bands, and vehicles with the NavIC positioning system. In a way, it will replace GPS as we know it and that is going to be fascinating to watch, at least in India. So, if you want to learn, what is NavIC and how it is better than GPS then go through our explainer point by point.

What is NavIC: A Brief Introduction

Before we wade into technicality, let’s first know what NavIC stands for. NavIC is a short-form for Navigation with Indian Constellation and is a popular moniker among the general public for India’s GPS alternative. Actually, the name of the project is IRNSS which elaborates to Indian Regional Navigation Satellite System. By now, you might have got a faint idea about the objective of NavIC but let me explain thoroughly. 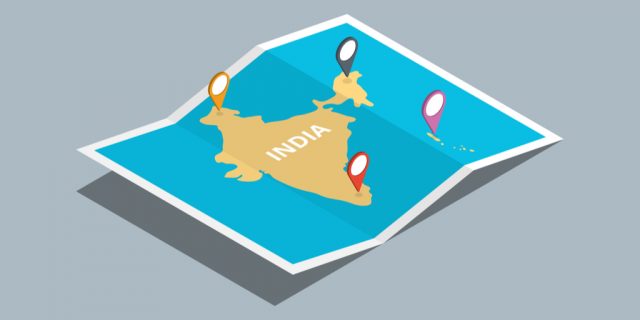 NavIC is a regional navigation satellite system built by India for India. It’s designed by ISRO for accurate real-time positioning, timing services, and messaging. Basically, it’s an alternative to GPS (Global Positioning System) which is developed and run by the US. The prime difference between NavIC and GPS is that the former is built primarily for India including some neighboring countries whereas GPS (US) offers coverage of all regions around the globe.

I am going to explain the NavIC satellite navigation system in lucid language so don’t worry about the technicality and read on. First of all, NavIC has currently a total of 7 satellites that are stationed in the high orbit of the Earth which is approximately at an altitude of 35k km from Earth’s surface. And all of the satellites are in direct line of sight with India. ISRO maintains the perfect line of sight by rotating the satellites at a fixed velocity. The satellites complete one complete rotation in 23 hours, 56 minutes, and 4 seconds which is the exact orbital period of the Earth so it matches perfectly. 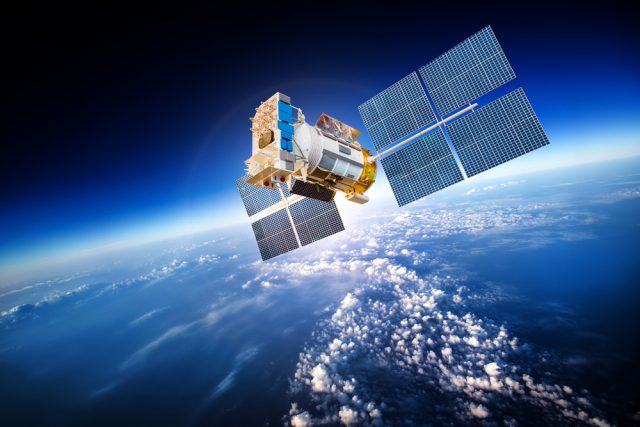 Among the 7 satellites, 3 revolve in the geostationary orbit and are constantly in direct line of sight with India’s ground station. Whereas, 4 of the satellites are in the geosynchronous orbit inclined at 29 degrees to the Equator. Incidentally, the movement of 4 satellites at the given inclination resemble the figure of 8– which, by the way, is called Analemma in Astronomy.

Coming back to NavIC satellites, each one has three Rubidium Atomic clocks which are essentially the device to calculate the distance, time and your precise position on Earth using radio frequencies. The key takeaway from the working mechanism is that NavIC satellites always maintain the direct line of sight with India — unlike GPS — which results in highly precise geolocation, faster latching and more penetration in dense areas.

NavIC vs GPS: The Future of India’s Satellite Navigation System

First and foremost, let’s talk about coverage as it’s one of the most important aspects of a satellite navigation system. As I already said, NavIC is a regional satellite navigation system that covers India and some neighboring countries. To be specific, NavIC covers the whole of India and 1500kms of the area from its borders. As a result, the coverage of NavIC extends to Bangladesh, Pakistan, Sri Lanka and some northern parts of China too.

Whereas, GPS covers the whole world so there is no competition here in terms of coverage. However, we have to remember again that NavIC has been developed for India and will extend its coverage in the coming years. ISRO has already committed to launch 4 more satellites to improve coverage and position accuracy.

Apart from that, NavIC uses L5 frequency to locate devices like smartphones and commercial vehicles. This service for general users has been named as Standard Positioning Service(SPS). On the other hand, NavIC uses the S band frequency for military use which is encrypted and not open for public use. It has been named Restricted Service. I have talked about the implications of different frequencies in the “Accuracy” section so go through that for a better idea. Talking about GPS, it uses L1 and L5 frequencies for both general and military use. 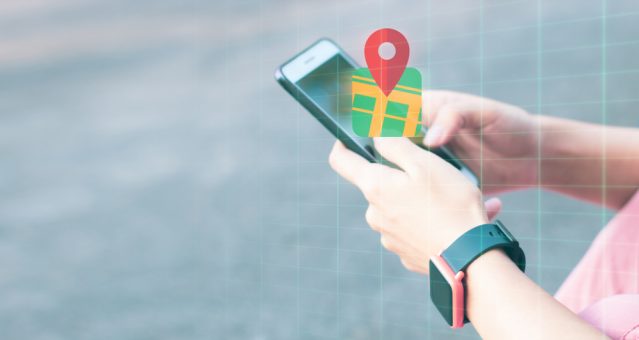 So in terms of the number of satellites, GPS obviously has an upper hand as it covers the whole world. However, if we look from the frequency and security point of view then NavIC is following the standard protocols used by major space agencies and is on par with GPS.

Now we come to the most essential part of this discussion between NavIC vs GPS: Position Accuracy. Without any caveat, let me tell you in the very beginning, the best part about NavIC is accuracy and it’s better than GPS. As I extensively explained in the working mechanism of NavIC above, the reason for its pinpoint accuracy is the direct line of sight between the satellite and India’s region — ALL the time. And that is what makes it the best satellite navigation system for India, even better than GPS or any other system. You will always be visible to one of the 7 satellites rotating in geostationary orbit, directly in sync with India’s co-ordinates.

Now we come to location accuracy in the mountains. For all we know, the constellation of NavIC satellites operates at a higher orbit — approx 35k km above the Earth’s surface. On the other hand, GPS satellites operate in medium Earth orbit which is at approximately 20k km of altitude. Since NavIC satellites are much above the Earth’s surface, signals can’t be blocked by mountains. On the other hand, GPS satellites are operating at medium orbit so there are chances of signal blocking by mountains especially on the horizon. So in a way, NavIC has been designed to work across the length and breadth of India without any obstruction — be it the remote Himalayan mountains or terrestrial surface. 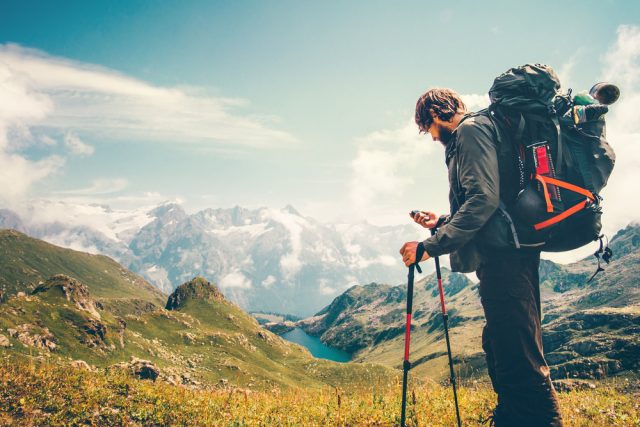 To sum up, NavIC has a direct line of sight with India all the time so the position accuracy remains better than GPS, especially in mountain regions. Whereas GPS has ample satellites, but stationed at medium-orbit and cruising at a faster velocity which results in longer acquisition time and relatively inaccurate positioning. Not to mention, in a geographically diverse India, GPS is more prone to position inaccuracy than NavIC.

Are There Any Issues with NavIC?

While on the user side of the things, we do not have any experiences to share as commercial products are yet to hit the market. However, in 2016 and 2017, there were reports of Atomic clock failure in the NavIC satellites. A similar thing happened with the European Union’s Galileo satellites as well. To prevent the issue, ISRO is using only one Atomic clock on each satellite and keeping the other two clocks as backups. In addition, the Atomic clocks on the two stand-by satellites on the ground have gone through further improvements.

In October last year, ISRO signed a pact with Qualcomm to bring NavIC-compatible smartphones in India. Soon, Qualcomm announced that Snapdragon 720G, 662 and 460 will come with NavIC support. There is a slight controversy regarding NavIC compatibility on the latest Snapdragon 865 and 765 SoCs, but Qualcomm has confirmed that both the flagship chipsets do have the NavIC tracking unit and through an OEM software update in April 2020, NavIC support will be enabled. Also, both Realme and Xiaomi have promised that it’s going to bring its budget devices with NavIC support in India. Hopefully, the Realme 6 series and the Redmi Note 9 Series will have support for NavIC out of the box. 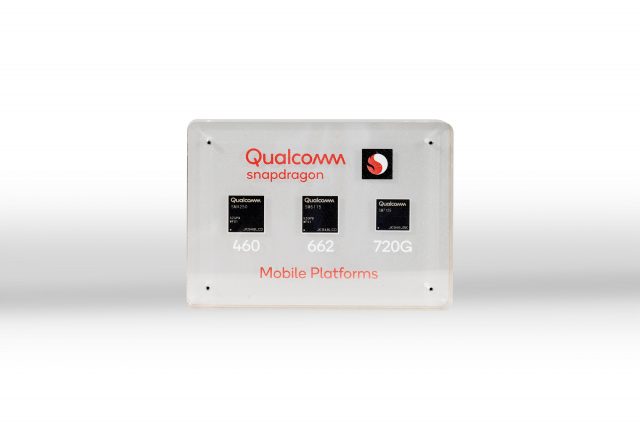 Currently in India, the Realme X50 Pro and iQOO 3 has the Snapdragon 865 so we tested both the devices for NavIC compatibility and as expected, it didn’t detect any NavIC satellites. However, as spotted by TechPP, after connecting to WiFi, the Realme X50 Pro somehow detected the NavIC satellites. While we don’t understand what is happening here, it only proves that in the coming months, Snapdragon 865 will get proper NavIC support without any WiFi or mobile data issue. Apart from smartphones, NavIC based trackers have been made compulsory on commercial vehicles in India so all future vehicles are going to sport the indigenous NavIC system.

The answer is no. You need to have the dedicated NavIC tracking unit incorporated in the smartphone SoC. Only after that, the smartphone manufacturer can enable the support through a software update, if not enabled already.

Yes. On the software side of things, any navigation app including Google Maps don’t have to make any changes to support NavIC-based navigation. It will work out of the box.

You can install GPSTest (Free) and GNSSTest (Free) on your Android smartphone to check NavIC compatibility. If the apps detect Indian satellites then your smartphone does support NavIC. For better satellite detection, start the test outdoors.

So that was all about NavIC and how it’s different than the already-dominant navigation system, GPS. The story of NavIC is not about its technical marvel, but of India’s quest towards self-dependency. And ISRO is doing a great job on that front. We hope more smartphones and fitness bands come with NavIC support and various chip makers join hands to bring NavIC support in their products. Anyway, that is all from us. If you found the article informative then do let us know in the comment section below.