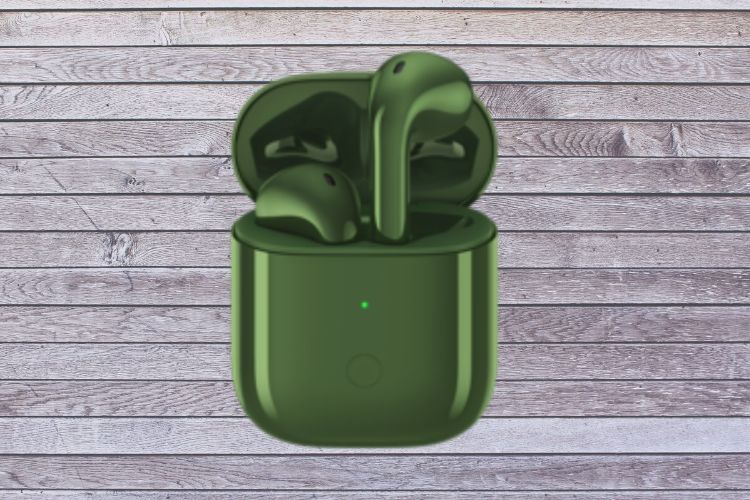 Today, Realme not only took the wraps off its latest budget Realme 6 series but also its much-anticipated fitness tracker — the Realme Band. That’s not all though. Yeah, the Chinese giant also officially made its AIoT companion app, Realme Link, available for download today.

The Realme Link app is now available for download (Free) from the Play Store. So, I decided to download the app and give it a whirl since it also works with Realme Buds Air. The app gives you some control over the tap gestures, which is great, but it’s the source code that I found to be more exciting.

I made two discoveries after decompiling the Realme Link app. One, the Realme Buds Air could soon launch in a new olive green color, as you might have noticed above. It will add to the existing yellow, white, and black color variants on sale right now. The color looks quite similar to the Olive Green color of the OnePlus Bullet Wireless 2 from last year.

Second, the code includes references to a ‘Realme Buds Air Neo‘, which if you remember was once spotted in a Realme UI teaser. It is rumored to be a lighter version of Realme’s existing truly wireless earbuds, thus, it will probably skip on wireless charging and wear detection.

Realme Buds Air Neo was recently certified by the NCC and we also got a first look at the upcoming earbuds. The reference in the code only further confirms that the Buds Air Neo exists and could launch sooner or later.

That said, the products were merely spotted in the app’s code and that doesn’t guarantee its launch. Still, we are looking forward to the new olive green Realme Buds Air, as well as Buds Air Neo, whenever or if they ever land in India in the coming months.