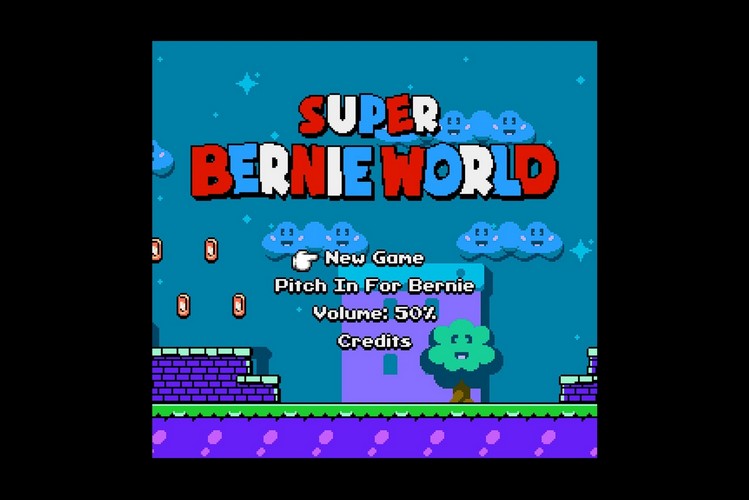 We have all played Super Mario World in our childhood, right? Well, its time to play the game as the US Presidential Election candidate, Bernie Sanders! Confused? Don’t worry and follow along.

As the US Presidential Election is approaching, a new free-to-play platform game is encouraging US citizens to go out and vote. The game, titled “Super Bernie World”, is a complete rip-off of “Super Mario World” by Nintendo. The only major difference is that you play as Bernie Sanders instead of Mario.

Created by game development micro-studio Kitsune Games, the game basically is an exact replica of Nintendo’s “Super Mario World” with some modifications to the characters and elements in the game. Now as mentioned earlier, you will play as Bernie Sanders instead of Mario and apart from that, the concept of the game is the same as Super Mario. You have to run on a pre-defined path collecting coins, dodging and destroying small turtle-like creatures and avoid falling down through the gaps in between the path.

Now, when you first start the game, there is a splash screen informing you that “the game is designed to get out the vote!”. Then the devs go on to say that in the game, “newsworthy person” and their “actual statements” are provided that will help educate voters and get them out to vote in the real world. And then when you start a new game, it starts with a US political figure saying “individuals are responsible for their own healthcare”. Going against this statement, Sanders promotes his “Medicare for All” bill by stating how much the country can save by passing this bill. 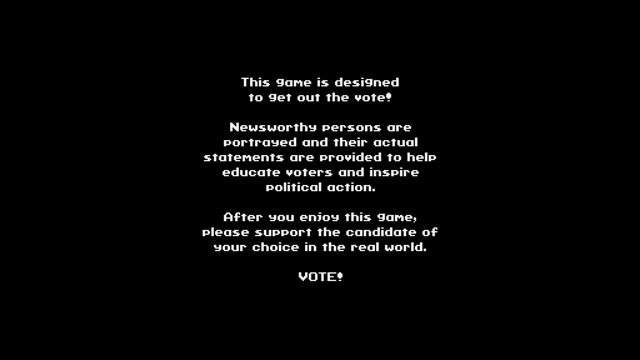 Speaking about the game, the gameplay and the nostalgic Mario tune (not the exact one, though) playing in the background will surely make you feel like a kid again. However, the controls are a bit absurd. The game does not follow the typical WASD controls but depends on a different control set. To move Bernie, you have to use the left and right arrow keys, to jump you have to use X and to fire elements you have to press Z. This unusual keyboard setting may pose a problem at first, however, the gameplay is not at all bad. Well, how can it be? It’s the same Super Mario that we have been playing since the ’90s.

Now, this is game is completely free-to-play, however, if you want, you can contribute your donation via links provided in the game’s menu. It is currently available in Steam. You can also play in the browser that you’re using in Itch.io.

So, what do you think about the Super Mario…er…Bernie World? Let us know down in the comments below.