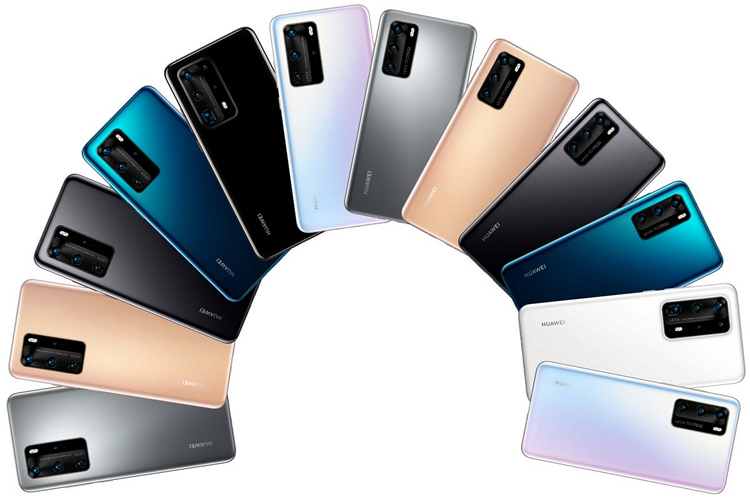 Huawei has teased its upcoming P40 series that is scheduled for March 12 in a recent post on Chinese microblogging platform Weibo. The teaser video shows off the curved display of one of the handsets in the P40 series.

As is the case with most Huawei flagship devices, the company’s focus is on the cameras with its P40 series. We see a hashtag “VisionaryPhotography” being used as a marketing term. Take a look at the teaser below.

In other news, reputable leakster Evan Blass tweeted an image of Huawei P40 series renders earlier today. There are a total of 12 device images and seven color variants in the render.

As per previous rumors and speculations, the Huawei P40 Pro could come with a a 6.57-inch 2K curved OLED display with a 120Hz refresh rate. The device will be powered by the Kirin 990 SoC with an integrated Balong 5000 5G modem.

In terms of optics, the handset is rumored to pack a rectangular penta camera setup at the rear consisting of a 52MP custom-made Sony “Quad Quad Bayer” sensor, a 20MP ultra-wide camera, a 12MP (Periscope) telephoto camera with 10x optical zoom, a macro camera, and a 3D ToF sensor.

The handset is tipped to equip a massive 5,500mAh battery with support for 50W fast charging that charges the handset in just 45 minutes. Huawei could be using its HarmonyOS with Huawei Media Services (HMS) in the P40 series.

In light of the ongoing coronavirus outbreak, Huawei recently canceled its physical event that was scheduled to be held in Paris, France on the 26th of March. The company will make all its announcements on the same date through a virtual event.

An Homage To Daft Punk In Fan-Made Helmets Through The Years.