Spotify is bringing song lyrics back to its Windows 10 app

Spotify has a pretty good desktop app for Windows 10, but it lacks in one important feature – it does not display music lyrics.

Users have been complaining about the issue for some time, and it appears the company is finally responding.

MSPoweruser reader Alan Laiter has sent us a screenshot where Spotify is teasing “some big improvements to our lyrics feature“, suggesting users stay tuned for updates.

Spotify has actually been testing the feature for about a month, with some screenshots available.

The screenshot suggests the Spotify Desktop app will make a pretty good Karaoke substitute when it finally rolls out.

We understand the lyrics will be supplied by MusicMatch and will be a combination of artist-submitted lyrics and also community-generated entries.

The Spotify desktop app can be downloaded from the Store here. 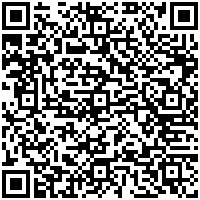 Thanks, Alan for the tip and screenshots.