Tesla is Making Ventilators Using Parts of the Tesla Model 3 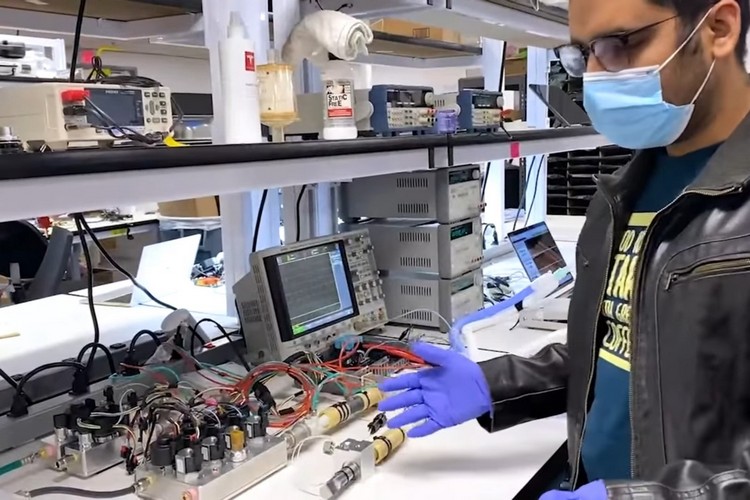 As the ongoing Coronavirus pandemic is causing a huge shortage of medical supplies, especially ventilators, around the world, many automobile companies have deployed their engineering teams to manufacture ventilators. Recently, we saw Tesla CEO, Elon Musk deliver a thousand ventilators to Californian hospitals. Now, the company is manufacturing its own ventilators with car parts.

In a video (below) published recently on Tesla’s official YouTube channel, three of the company’s engineers showed how they made ventilators using parts of the Tesla Model 3. It is quite interesting to see how a medical device can be made using car parts like the infotainment system and the suspension air tanks.

The engineers showed the first prototype of the ventilator that is made by the company. One of them described how the machine works using the parts of Tesla Model 3. They are using an air suspension tank as a mixing chamber for the air from the hospital-grade air supply. Then that air is passed on to a wall body that helps to display the waveforms. The air then passes through an array of sensors before going to the lungs of the patient.

After demonstrating the prototype version of the machine, another engineer showed the complete packaged version of the ventilator. This fully assembled ventilator uses a Tesla Model 3 touch screen to display the waveforms and pressure of the air that is passing through the patients’ lungs.

Apart from Tesla, General Motors and Ford are also lending their hands to provide ventilators to the medical facilities around the globe. In this time of crisis, it is really good to see these companies use their creativity and innovativeness to help the world.