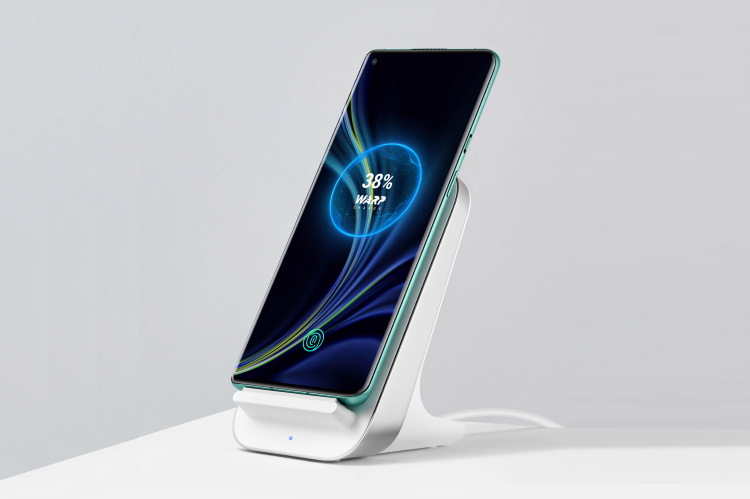 This charging dock sports a simple yet elegant design with a white plastic body and a silver lining running across the frame. You can simply place your phone on the front and see the charger come to life – with a blue LED at the bottom and Warp charging logo on lockscreen.

The OnePlus Warp Charge 30 wireless charger supports up to 30W speeds and supports Qi wireless standards. The company says that you can juice up 50% of the huge 4,510mAh battery aboard the OnePlus 8 Pro in just 30 minutes using this dock.

Since 30W wireless charging will produce a lot of heat, OnePlus has baked a cooling fan into this charging stand. The fan will keep the temperature of both the stand and phone completely in check – throwing cool air at the back panel of the OnePlus 8 Pro. It can get as loud as 30dB, as revealed last week, which may be okay during the day but will become a nuisance at night.

So, the OnePlus Warp Charge 30 wireless charger comes with a smart night mode. It will automatically switch off the built-in fan and lower the charging speed to keep the temperature in check. This dock can charge other Qi-compatible phones at a slower 5W and skimps on a detachable cable. You will have to replace the wireless charging dock if this adapter wire is worn out or stops working.

Nutanix.NOW: a live digital event to discover the world of multicloud

Which CMS Platforms are Best for Your Site and SEO?