This Game Lets You Explore the “Exclusion Zone” of Chernobyl

On Saturday, April 26, 1986, one of the most dangerous man-made disasters occurred when there was a nuclear blast in reactor number 4 of the Chernobyl Nuclear Powerplant. The accident released billions of radioactive materials in the air that made the place inhabitable for any form of life. Known as the “Exclusion Zone”, the powerplant location near the city of Pripyat in the north of Ukraine has become a ghost town. Now, although we cannot go to Chernobyl physically due to the radiation, we can explore the place and its mysteries through the eerie adventure game, Chernobylite.

Released back on October 16, 2019, Chernobylite is a horror-adventure game that lets you explore the “Exclusion Zone” in Chernobyl. The game puts you right smack in the middle of the eerie, abandoned town of Chernobyl as Igor, the protagonist.

Igor is a nerd kind of guy who is desperately looking for his girlfriend, Tatyana. She mysteriously disappeared during the Chernobyl disaster and Igor is looking for her since then. Now, another element of the game includes “Chernobylite”, from which the game derives its name. It is a mysterious component that lets you travel through time. However, this very same material also unleashes scary monsters that Igor has to fight his way through.

Now, the story of the game is quite enticing. However, the most captivating part of the game is exploring “The Zone”. Developers of Chernobylite, The Farm 51, used real 3D scanned images of the “Exclusion Zone” to create the game’s environment. And it is a job well done as it captures the eerie and creepy environment of the location perfectly. 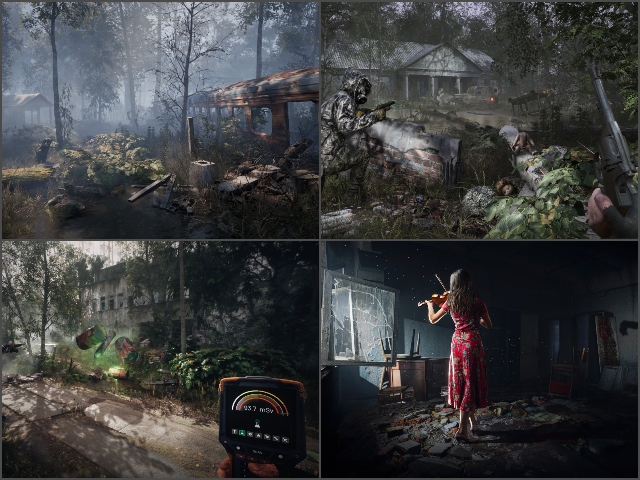 The broken and abandoned buildings, the spooky rides in the parks, and the dense forest with overgrown trees make the perfect setting for a horror adventure. And the frequent encounters with the military and the ghostly monsters make the game even more challenging.

Now, the game is currently in the “Early Access” stage, which means that it is playable alright, however, there are some refinements that the developers need to smooth out still. So, they expect players like us to give them appropriate feedback to improve the game in the future.