So it seems I have to pay better attention to CSS standards as I just realized that you can quite easily use CSS Filters to apply useful effects for generic control behaviors. Sure, I remember filter merely from the old, evil IE6 days to handle things like shadows and opacity, but it looks like the filter properties have migrated into the CSS mainstream with two now widely used and accepted filter operations that have quite a few useful filters available.

The two filter properties are:

There are a number of filter functions available:

A few of these are very useful as generic tools – especially brightness() and grayscale().

I recently ran discovered the brightness() filter, which I didn’t realize existed, but which is very, very useful for a number of generic operations.

It’s so useful because it allows you to generically change the color of an element, without having to specify a specific color value. Instead you can vary the brightness (or perhaps also the hue or saturation if you want to get more fancy) and basically affect he behavior of the element. That makes it quite useful for generic things like a ‘button’ control or other highlightable element.

Note: brightness() affects both the element foreground and background when using filter.

I can’t tell you how many times over the years I’ve implemented a custom ‘button’ like CSS implementation. Over the years I’ve used images, backgrounds, gradients and opacity to effectively ‘highlight’ a control. All that works of course, but the problem with most of these approaches is that one way or the other you’re hard coding a color value, image or gradient. Which means every type of button needs it’s own highlight configuration and if you’re doing any sort of theming the buttons need to be overridden for each theme to work typically.

The brightness() filter offers a potentially simpler alternative by simply boosting the color brightness of either or both foreground and background colors. Because brightness() works off the existing base color values, using a modifier style like :hover, you don’t have to explicitly provide a new color, but rather just provide a generic brightness adjustment value.

What this means is that you can apply the button behavior to just about any content, regardless of what color it is which is great.

For example, this is what I use for turning FontAwesome icons into using button-like behavior:

No matter which color is applied to the icon – the highlighting just works!

If you’ve been paying attention to CSS standards this is probably not news to you, but I didn’t know that this was something you could do. In fact I didn’t realize that there are so many useful filters available including filters to blur, gray scale and a few other things that are useful for things like disabling buttons.

Another very useful thing and again new to me is the ability to apply a backdrop-filter. A backdrop filter lets you apply a filter to the content that the affected elements sits on top of in HTML compositional layout.

Effectively – with a little extra effort – you can apply many of these filters to the background only which was previously very difficult to do unless you used absolute positioning and z-index!

This makes it much easier to highlight content that sits on top of background images for example. 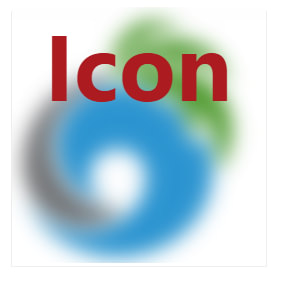 What makes this work is the backdrop-filter which lets you apply a filter to anything that sits behind the filtered element. This was notoriously difficult to do otherwise, because without the backdrop-filter applying a filter or opacity to a background element would also apply to any child content contained within a parent element.

Note that using backdrop-filter is different than setting filter on the background element, because filter also applies to all contained elements.

If you do this, which seems very similar:

You get this unsatisfying result: 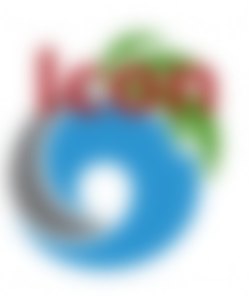 Using backdrop-filter on the top level elements instead of blur on the bottom element, makes that actually work as it applies the filter to any content behind the top element.

It’s still not exactly easy to do these kind of layouts, because you still have to make sure that the content on top completely covers the bottom container in order to ensure a full fill. But it still considerably easier than having to explicitly mess around with relative and absolute positioning layout in the middle of your document.

To be clear: The backdrop-filter does not apply to the affected element background properties like background, background-image, gradients and so on. Rather it’s applied to any content that sits behind the current element. Only the area that is ‘covered’ by the element with the backdrop-filter gets the filter applied.

As useful as I think that backdrop-filter is, the bad news is that it takes a very recent browser to work. It requires Chromium 76 or later (current is 84).

In the current evergreen, release FireFox version (79) you need to:

which is unfortunate. Couldn’t find anything on plans to integrate that without flags in Firefox. The official status for backdrop-filter is Editor’s Draft.

As of today, here’s the compatibility chart for backdrop-filter (not for filter which works in all browsers):

It works in current Chromium browsers. FireFox requires special config flags for now, and it looks like iOS still requires -webkit-backdrop-filter (apparently no longer required in IOS 13). So this feature is pretty new and just making it into evergreen browsers.

Filters have been around for a long time, but they’ve gotten a bad name, mainly because of the quirks that come from original usage with Internet Explorer. But filters are a legitimate part of the CSS Standard now. They are surprisingly useful especially for generic styling of elements for dynamic hover behaviors which I’ve been using filter for a lot lately to reduce a bunch of redundant hard coded style rules.

backdrop-filter is still a little too bleeding edge in terms of browser support to be used widely, unless you are explicitly targeting browsers that support it today. But since these are mostly aesthetic features you can probably get away with not applying the filters in unsupported browsers for a slightly less visual experience. Nevertheless, backdrop-filter is useful for some cool effects that otherwise are a pain in the ass to achieve via layered content and it looks like it will be available to all everygreen browsers soon.