Dubbed as the “Light Speaker”, this fire lantern-like device mimics the light coming from a flame, as it plays your favorite music. The creators say that, as fire is something around which people have been gathering since the beginning of time to have a good time with their loved ones, they wanted to simulate the natural element inside the electronic device.

Years of Research on Flames

To do so, the designers observed and studied various kinds of flames, their key properties, the light temperatures, and various other factors for years. So now, they have finally implemented their vision in the Light Speaker and the result looks pretty amazing. 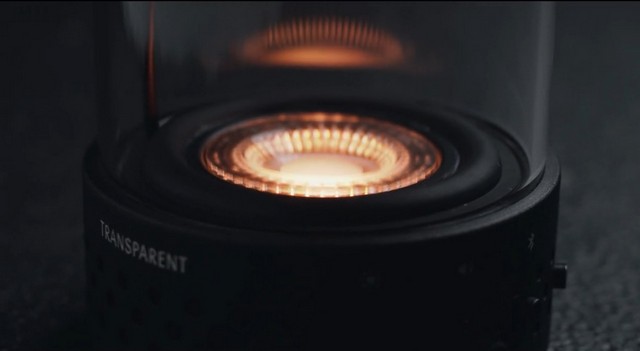 So, as per the team, the light inside the device sits on the woofer and glows “like a real flame” based on the music that is playing. It is designed to move and glow as per the beats of the song which you are listening to.

A Speaker With an Electronic Fire Inside

Now, other than being an electronic fire-lantern, the device is also a Bluetooth speaker that plays your favorite songs or podcast episodes. Hence, it features a 3-inch woofer at the bottom of the cylinder-shaped contraption that comes with borosilicate glass, covering the middle portion. At the top, there is a 2.5-inch full-range driver to deliver a 360-degree surround sound experience.

It also has Bluetooth 5.0 for faster and more stable wireless connections. Moreover, the device comes with the company’s proprietory “Transparent sound” tech to “channel the true intention of the artist”.

Now, as the Bluetooth speaker focuses on sound as well as light, there are two different knobs to control the elements. Turning the volume knob adjusts the sound and turning the light knob adjusts the brightness of the fire-mimicking light inside.

Moreover, keeping the environment in mind, the designers made the Light Speaker completely modular. This means that if any one of the components of the speaker gets damaged, it can be replaced separately. 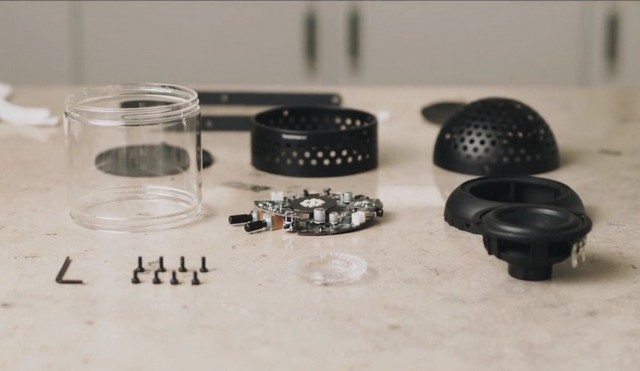 The company also plans to release more upgrades for the speaker in the future to help users completely modify it according to their needs, instead of throwing it away as e-waste.

Transparent Sound is currently running a Kickstarter campaign and has already raised over $120,000 from 428 backers, as of writing this article. So, if you want one for yourself or for your loved ones, you can pledge $230 (~Rs. 17,019) for the project to pre-book it. Once it becomes commercially available, it will retail for around $370 (~Rs. 27,379). The company plans to ship the initial orders from April 2021.