After teasing the camera details of the Realme 8 Pro at its dedicated ‘Realme Camera Innovation 2021’ event earlier this month, Realme has unveiled the Realme 8 series in India today. Here’s everything you need to know about the Realme 8 and 8 Pro.

The Realme 8 packs a 6.4-inch Full-HD+ Super AMOLED display with a 60Hz refresh rate and 180Hz touch sampling rate. The screen boasts a 2400 x 1080-pixel resolution, and up to 1000 nits of peak brightness. There’s an in-display fingerprint sensor onboard as well. 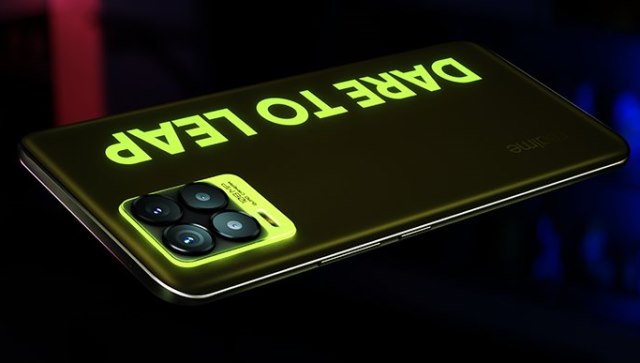 The chipset powering the Realme 8 is the MediaTek Helio G95, which is also found aboard the Realme 7 that was launch last year. To keep the device cool, Realme has included a copper liquid cooling system onboard. You also get up to 8GB LPDDR4x RAM and 128GB of UFS 2.1 onboard storage.

As for the cameras, you get a 64MP quad rear camera with the Realme 8. It consists of a 64MP f/1.79 primary camera, 8MP f/2.25 ultra-wide-angle lens with a 119-degree field of view, a 2MP macro lens, and a 2MP monochrome camera. For selfies, you get a 16MP camera housed in a punch-hole cutout. 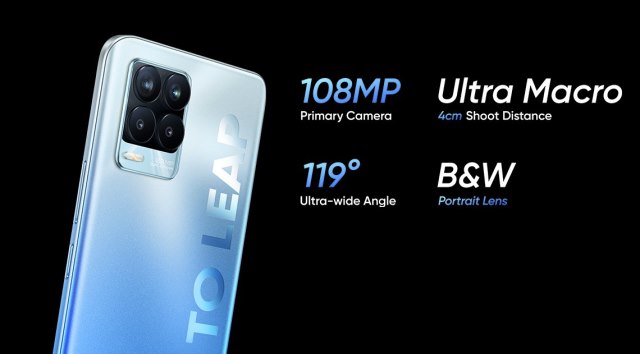 Camera-centric features include tilt-shift mode, starry mode, new portrait effects, and dual-view video that lets users simultaneously record from front and rear cameras. With the Realme 8, you can record 4K videos at 30fps and slow-motion videos – 1080p at 120fps and 720p at 240fps.

Realme says that you can charge Realme 8’s 5000mAh battery to 50 percent in 26 minutes, thanks to 30W Dart Charge wired fast charging. It will take 65 minutes to fully charge the device. The device runs Realme UI 2.0 based on Android 11 out of the box.

Coming to the Realme 8 Pro, the device equips the same 6.4-inch Full-HD+ Super AMOLED display seen on the non-Pro variant. Though the one part where the 8 Pro differs is in the choice of the chipset. Instead of Helio G95, the Realme 8 Pro features an octa-core Snapdragon 720G SoC under the hood. There are 6GB/8GB LPDDR4x RAM variants to choose from, coupled with 128GB of UFS 2.1 storage. 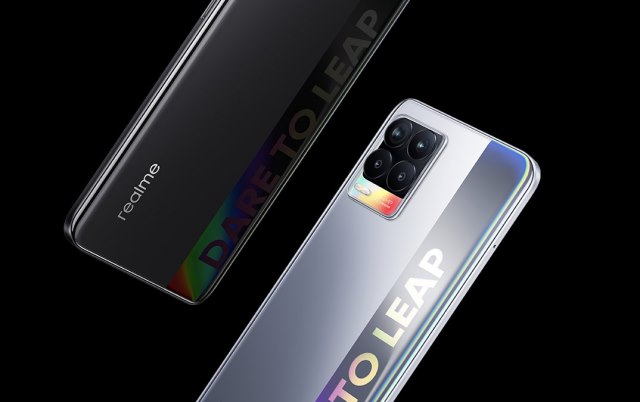 As for the cameras, Realme has used a 108MP quad-camera setup. That means you have a primary 108MP f/1.88 Samsung H2 sensor, 8MP f/2.25 ultra-wide-angle lens with a 119-degree FOV, a 2MP macro lens, and a 2MP monochrome camera. New features that make the cameras stand-out are Starry time-lapse video mode, tilt-shift mode, tilt-shift time-lapse video mode, new portrait effects, and dual-view video among others. There’s also a 16MP selfie camera at the front.

While the Realme 8 Pro packs a smaller 4500mAh battery, it supports 50W SuperDart Charge technology. It is capable of charging the device in close to 45 minutes. You get almost 50 percent charge in 17 minutes, which is great. Despite 50W charging speeds, the company bundles a 65W charging adapter with the device.

Apart from the Realme 8 series, Realme has also launched new smart bulbs and a smart weighing scale in India. There is a 9W bulb with 820 Lumens brightness and a 12W bulb with 1100 Lumens brightness. The color temperature ranges from 1700K to 6500K. Both the smart bulbs support Google Assistant and Alexa. Other features include power outage protection, light wave mode to sync the light with music, a B22 base, and a promised life span of 13 years.

On the other hand, the Realme smart weighing scale is capable of 16 types of health measurements and can even measure the heart rate when you’re using it. You can use the companion Realme Link app for customized daily health reports along with multiple health data profiles.

Realme 8 comes in two color variants – Cyber Silver and Cyber Black. Check out the prices of Realme 8 variants below:

Realme 8 Pro will be available in Infinite Blue, Infinite Black, and Illuminating Yellow color variants. Here’s how much the Realme 8 Pro costs in India:

Meanwhile, Realme smart bulb is priced at Rs. 799 and Rs. 999 for the 9W and 12W variants respectively. The Realme smart scale costs Rs. 1,999 in India. The Realme 8 series will go on sale starting from 25th March, exclusively on Flipkart and Realme.com in India.