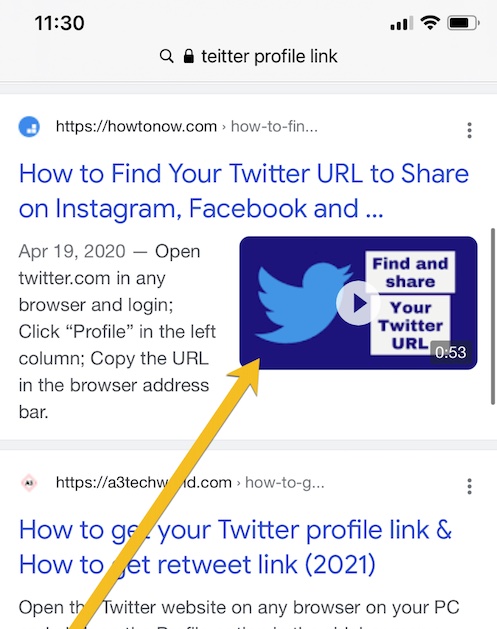 On desktop, video snippets aren’t as prominent. They also contain the date (from the video itself), which creates confusion with conventional dated snippets. 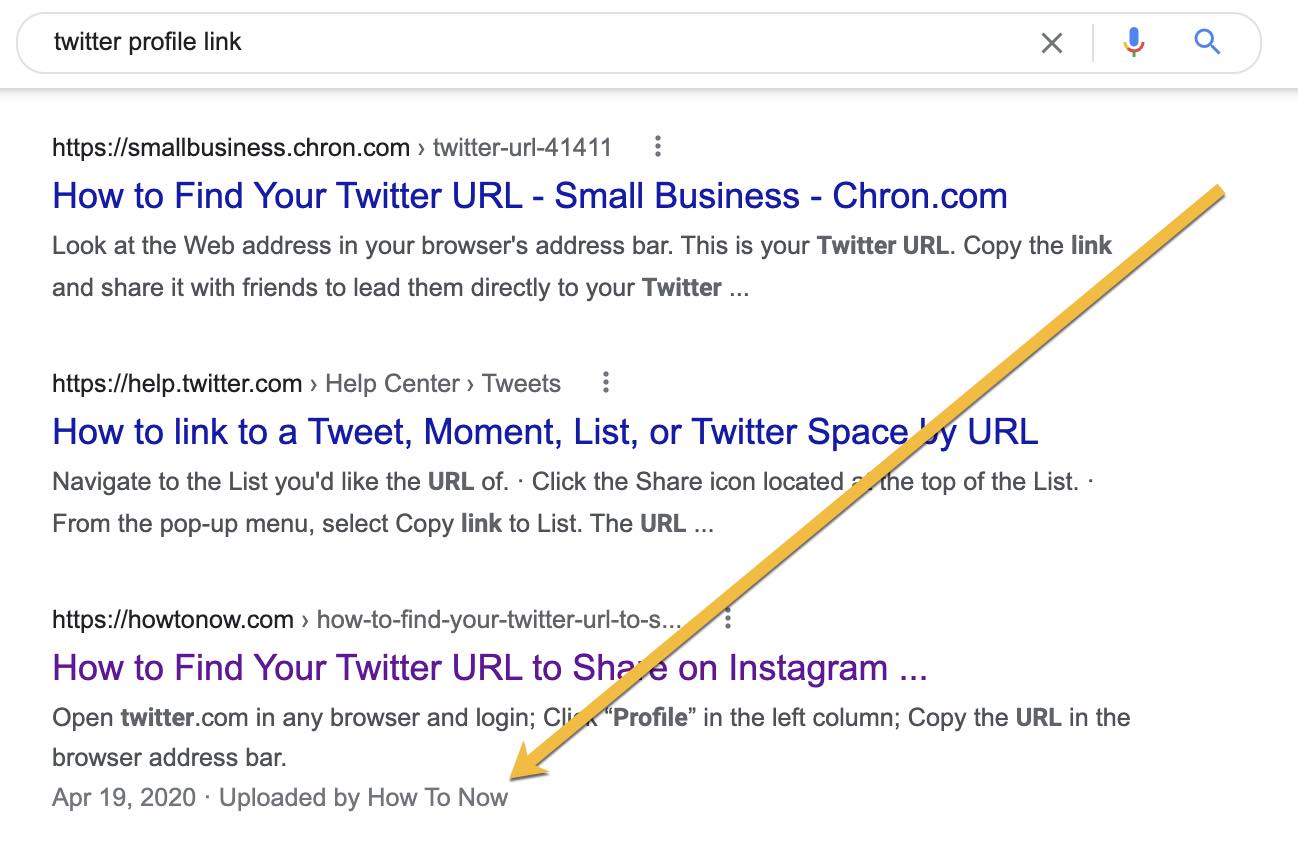 On desktop, video rich snippets are less prominent than on mobile. Plus they contain the date, which creates confusion with conventional dated snippets.

Video carousels are a separate section in the results. They mainly consist of YouTube videos. Clicking any thumbnail in the carousel takes searchers to the video on YouTube or a similar host. Carousels can generate video views and traffic to a website by embedding links in the outro.

The best-case scenario is for a video to appear in a rich snippet and a carousel on the same results page. This will place the thumbnail in both sections in mobile search results, generating video views and clicks. 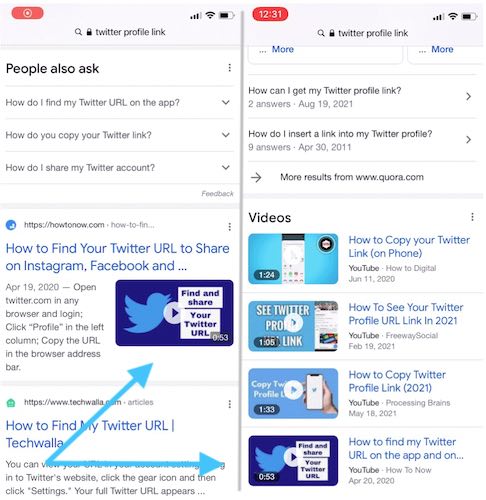 A video in a rich snippet (at left) and a carousel places the thumbnail in both sections on mobile search results.

The first step in optimizing for video rich snippets is to embed the video on your site. Again, try to host the video on YouTube.

Although the embed doesn’t have to be your video. Any useful and relevant video is a candidate for an embed and thus a rich snippet. For example, the rich snippet from ClassySchema.org below contains a video from Google Search Central. 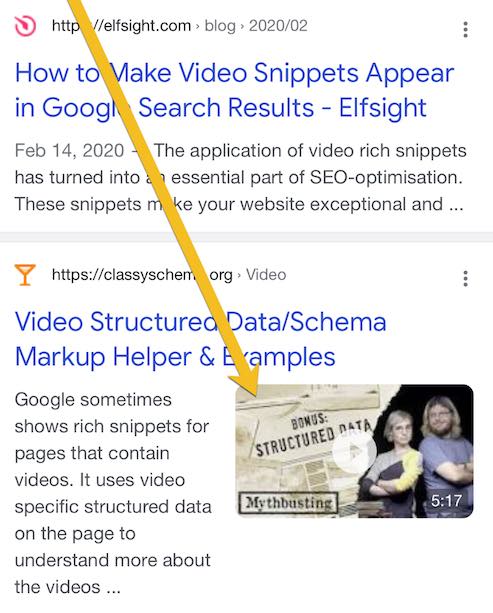 Any video can be embedded and thus earn a rich snippet in Google search results. In this example, ClassySchema.org’s embedded video is from Google Search Central.

Nonetheless, creating and embedding your own video is best to rank in both the rich snippet and the carousel. Moreover, embedding fresh videos will enhance desktop snippets, which contain dates.

The second step is to add Schema.org video markup to the page with the embed. Most video rich snippets don’t have the markup. But it won’t hurt. Plus, creating the markup is increasingly easy with plugins and generators. There’s no reason not to if earning rich snippets is a priority.

Now that Google has incorporated Core Web Vitals in its organic algorithm, it’s worthwhile to consider the impact of embedded videos on page speed.

Here’s the page score on my WordPress site without a video embed from YouTube.

YouTube videos negatively impact page speed. This example shows the scores from the author’s WordPress site without a video embed from YouTube. The scores are Performance (95), Accessibility (91), Best Practices (93), and SEO (84).

And here’s the same page with a YouTube embed.

In my case, adding a plugin from WPBeginner to lazy load the videos worked wonders. An unexpected benefit occurred with the related videos YouTube shows at the end of each embed: The related video is my own!

Finally, don’t forget to monitor your progress. Are rich snippets producing more clicks? Which pages have generated those rich snippets?

Create a Search Console filter at Performance >  Search results > + New > Videos. This will identify which queries trigger rich snippets from your site.

In the screenshot below, the click-through rate (“Average CTR”) is gradually increasing after I started optimizing for video rich snippets in mid-August. And don’t forget to check the “Pages” tab to see the URLs that generate those rich snippets. 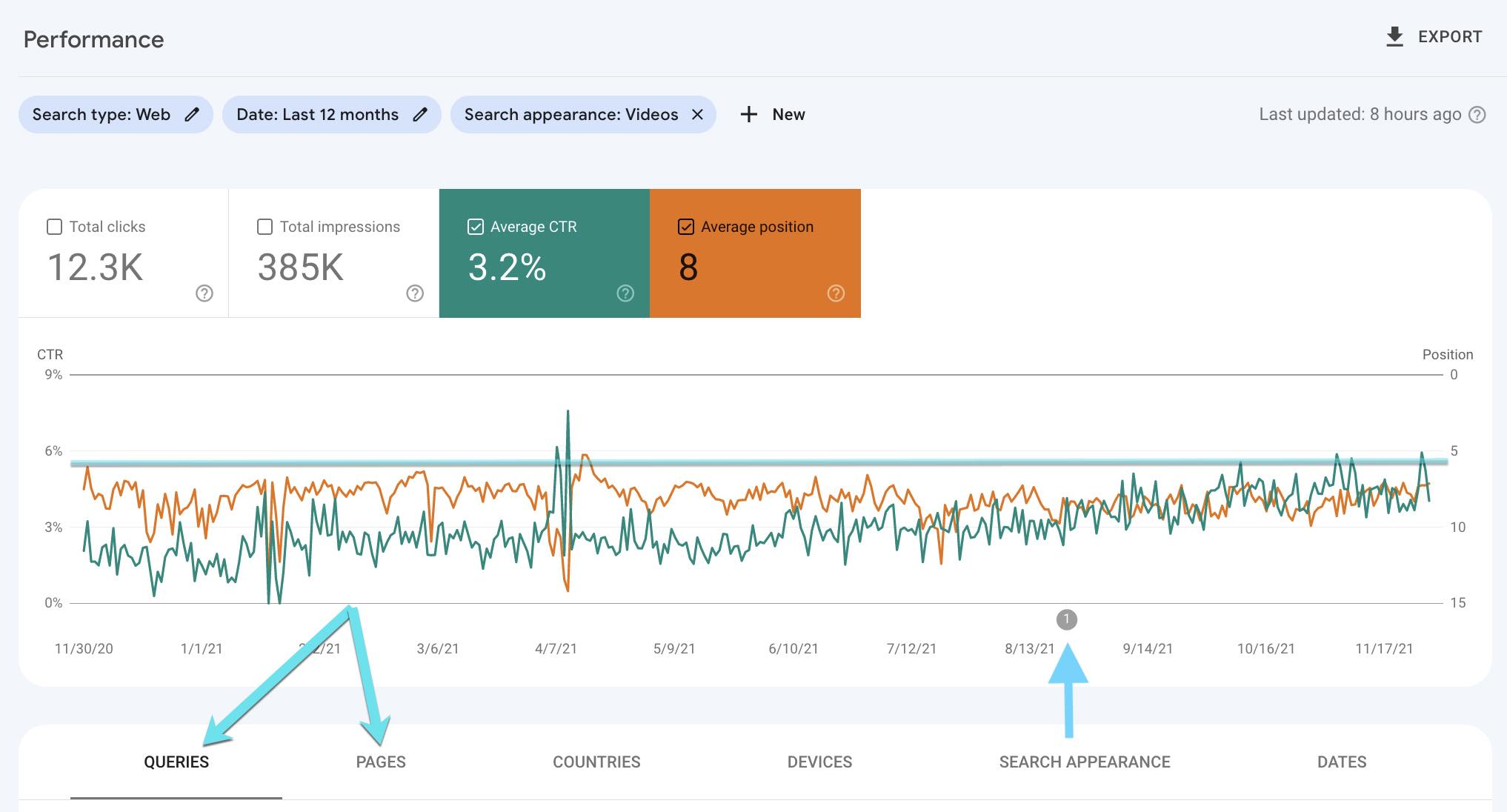 The click-through rate (“Average CTR”) gradually grew after optimizing for video rich snippets in mid-August, as marked by the blue arrow at right. Click image to enlarge.

Video rich snippets are a low-effort way to increase organic search traffic. Plus, they combine well with product rich snippets, generating visitors to product pages, too.